I'm not sure how or when it all began but the ocean seemed to have called me. 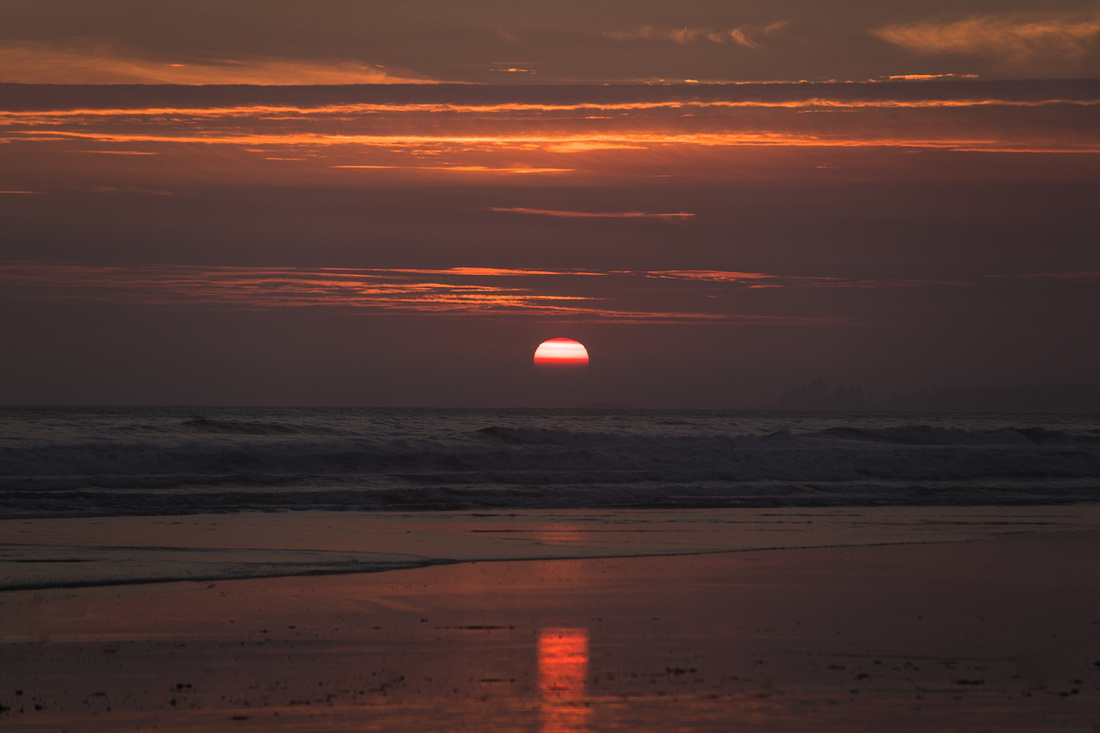 I had this need to go to it. 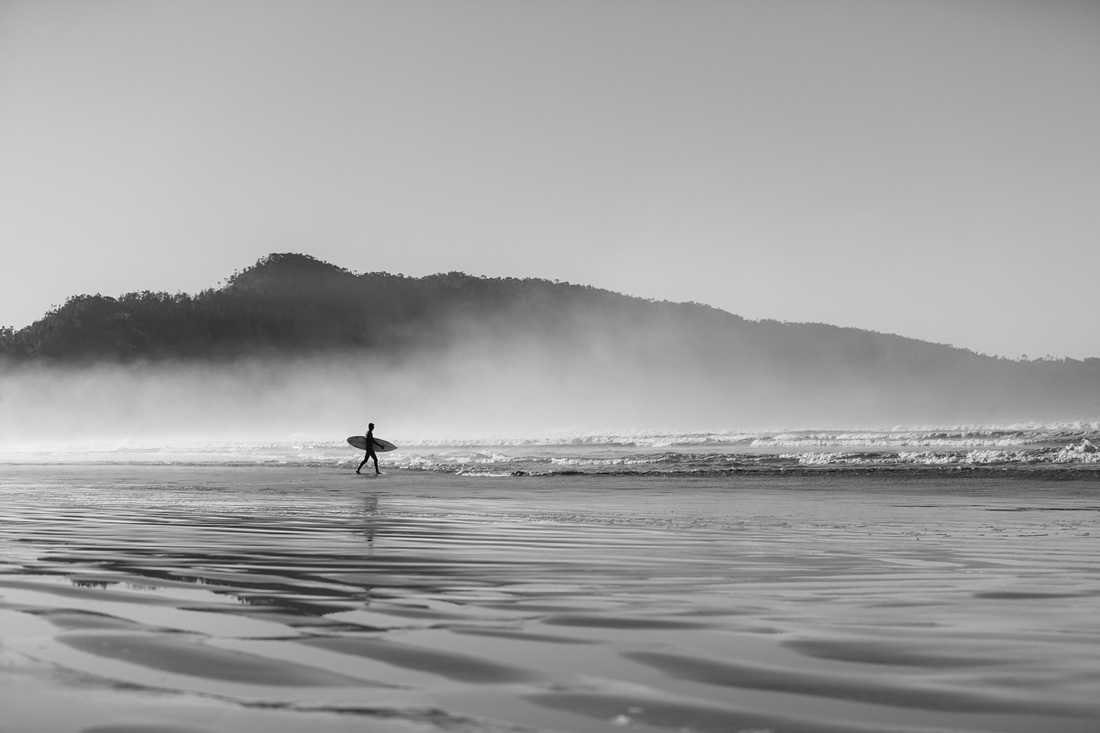 I think it started as a healing call for me.

I remember those dark days I needed to be in the surf.

Allowing the ocean to wash over me

but mainly needing her to wash through me 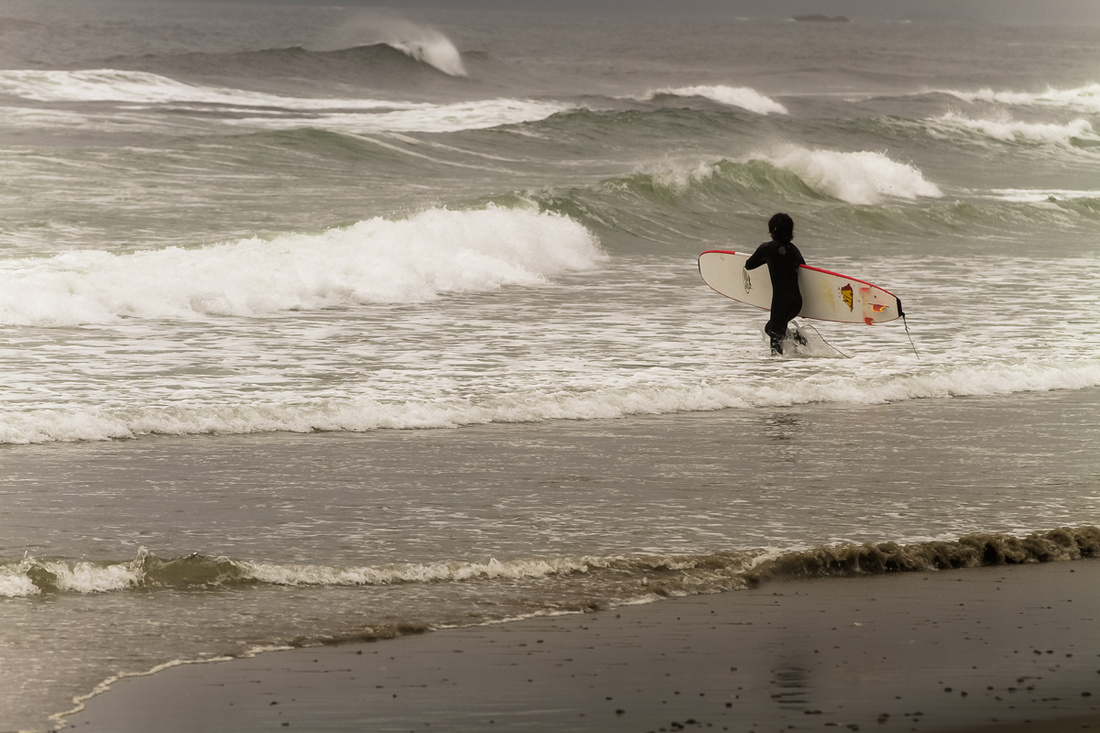 September tends to be the time with the most calls from the ocean.

Begging to be sat with after everyone's left. 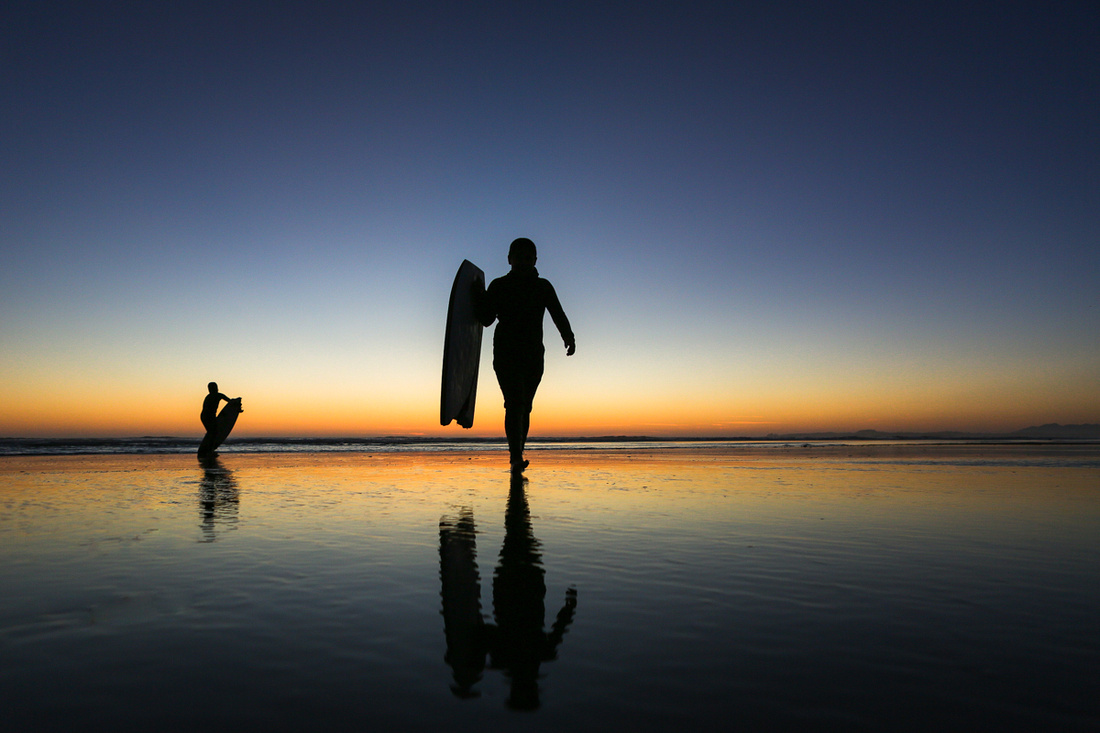 Sometimes, I ride, or rather attempt to ride.

my last surf at Kwisitis

I was out there all alone

(well Evan and Max were body surfing on the shore) 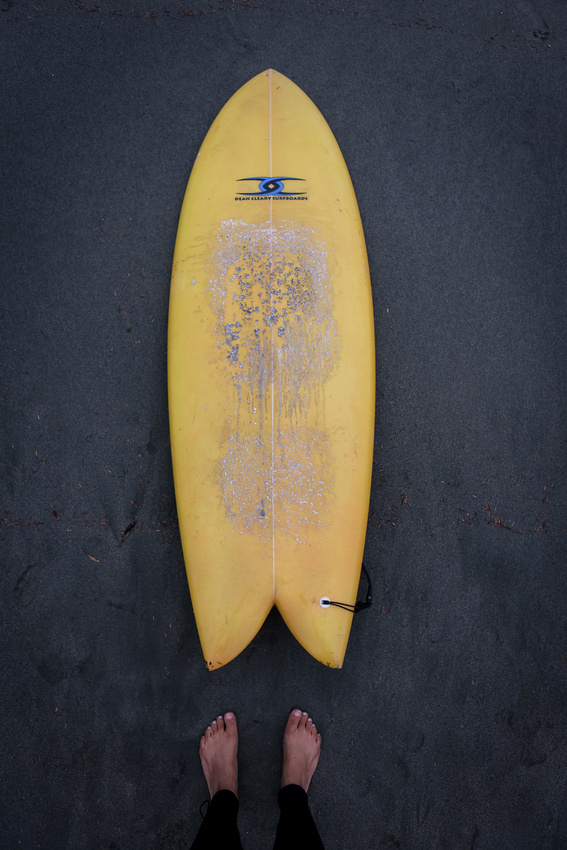 There I sat on my board.

Feeling all proud of myself for not being scared.

when this eyeball covered in barnacles slowly & silently appeared a few feet from my left side.

It was so surreal.

Thinking & thanking the creator for this amazing life I have.

Ok of course my heart started racing in that moment because

did you ever watch Jaws as a child

so my second thought was,

at least it' a grey and not a killer whale!

It felt like a few magical minutes of staring into one another's souls.

Then it left just as it had arrived, slowly & silently it sank back into the depths.

I think it was after that I decided that I'm quite content with just waiting for my surfers on the shore. 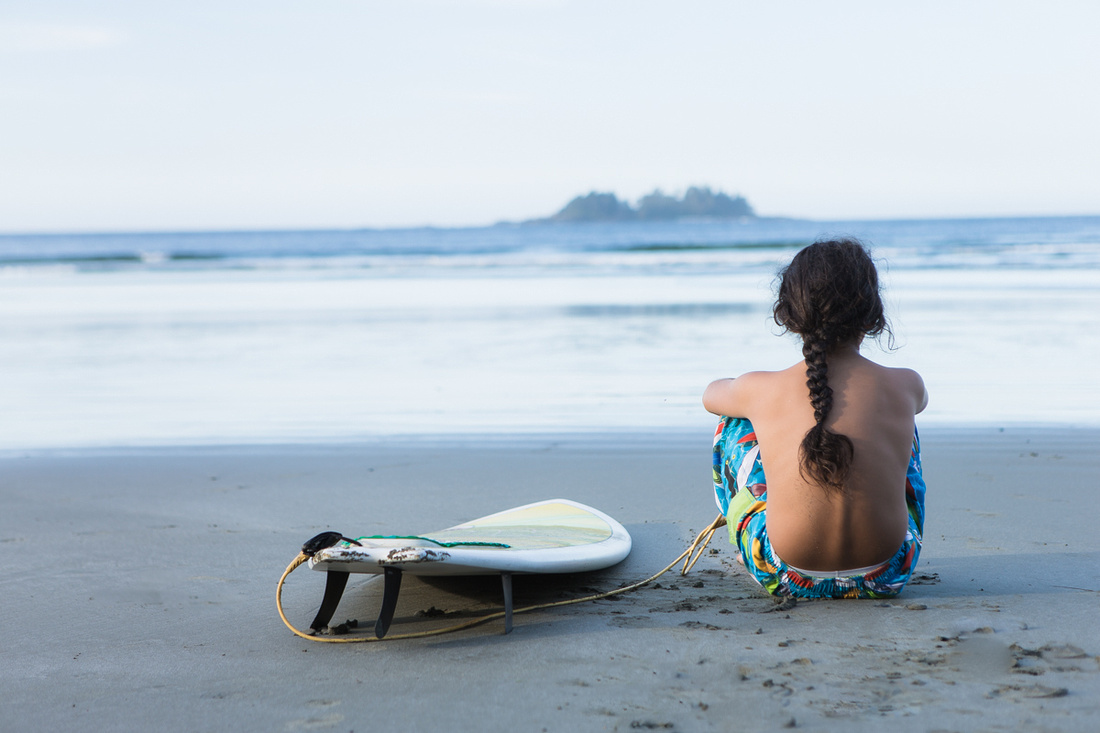 Or standing in the harbours where

For years long before surf boards and sup's

I would go and sit down the dock

with my camera and my diary.

It was always some much needed time of solitude in a world which felt far too noisy and busy for me. 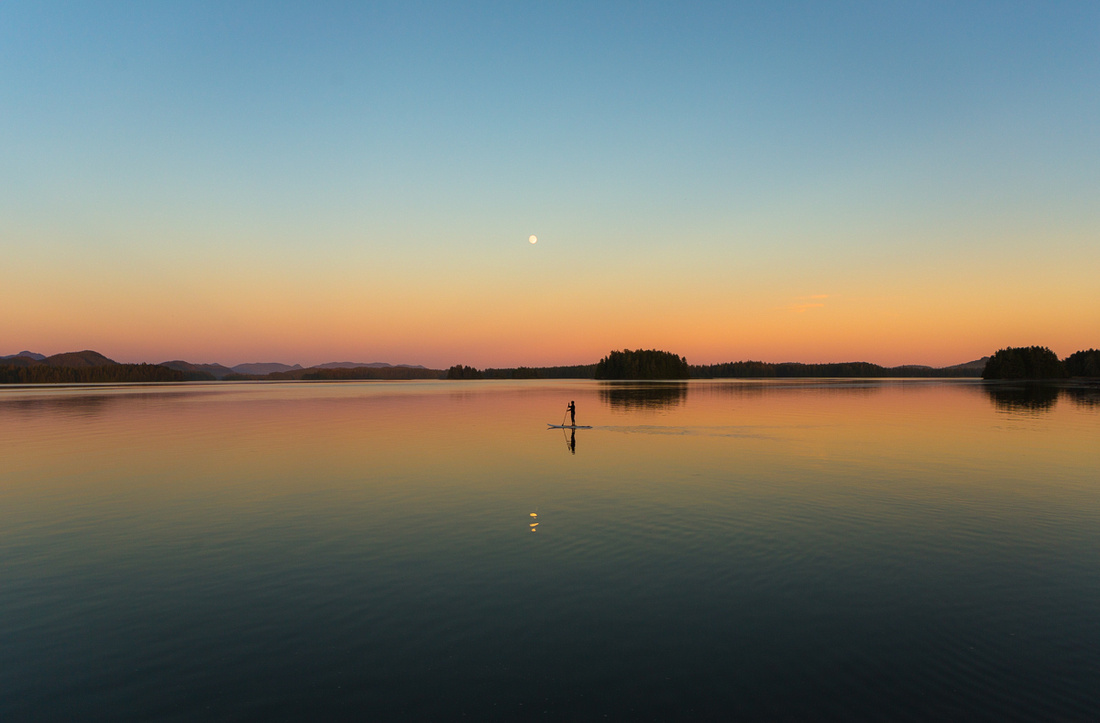 I remember when I first moved here to Yuuthluithaht

I swear I was homesick for years

but  being down the dock somehow made me feel closer to home. 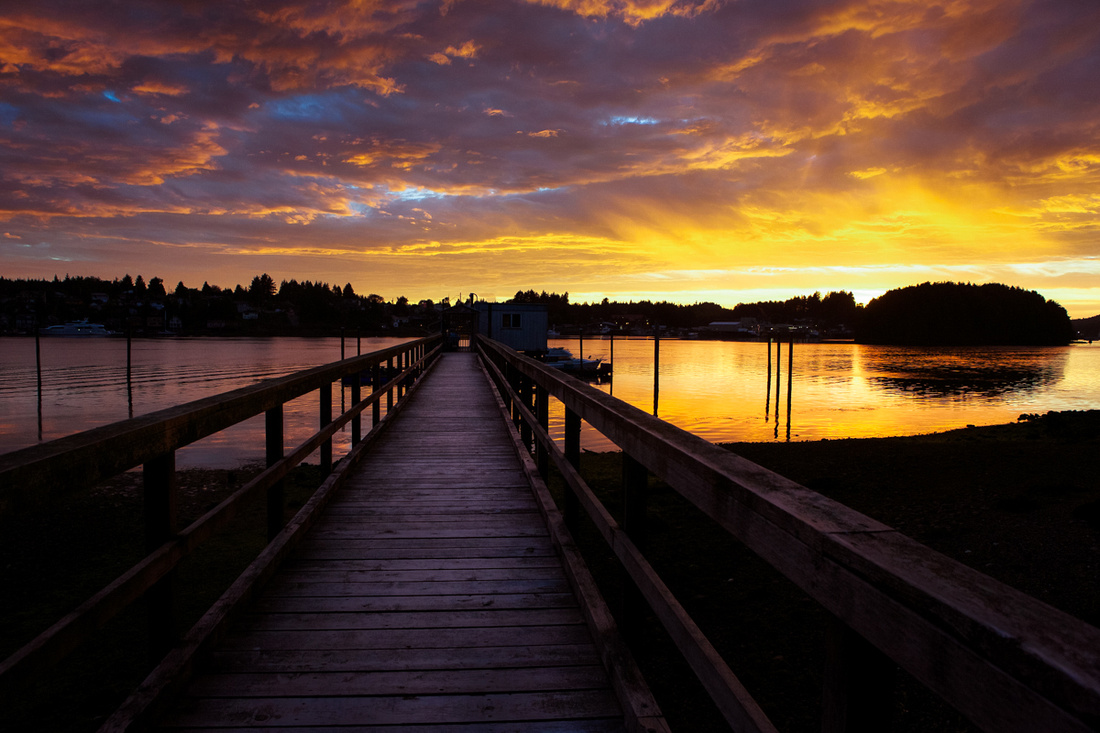 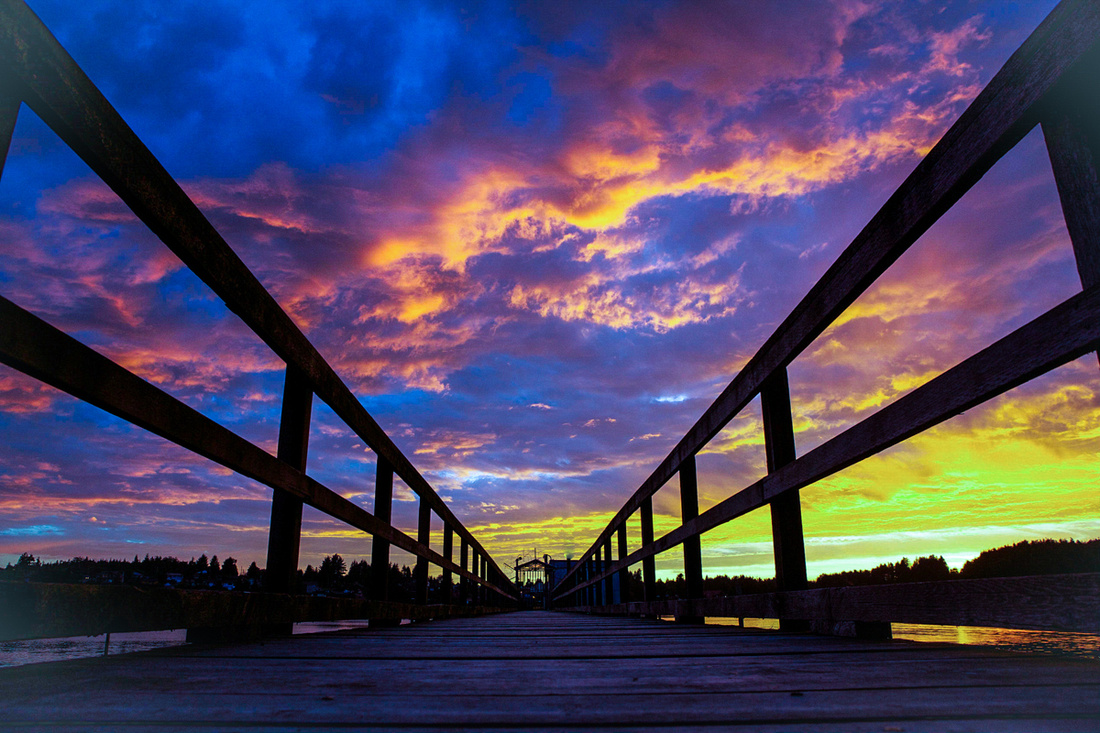 This journey with the ocean seemed to call me in more ways than one.

Not only did it call me spiritually.

but it also called me to work. 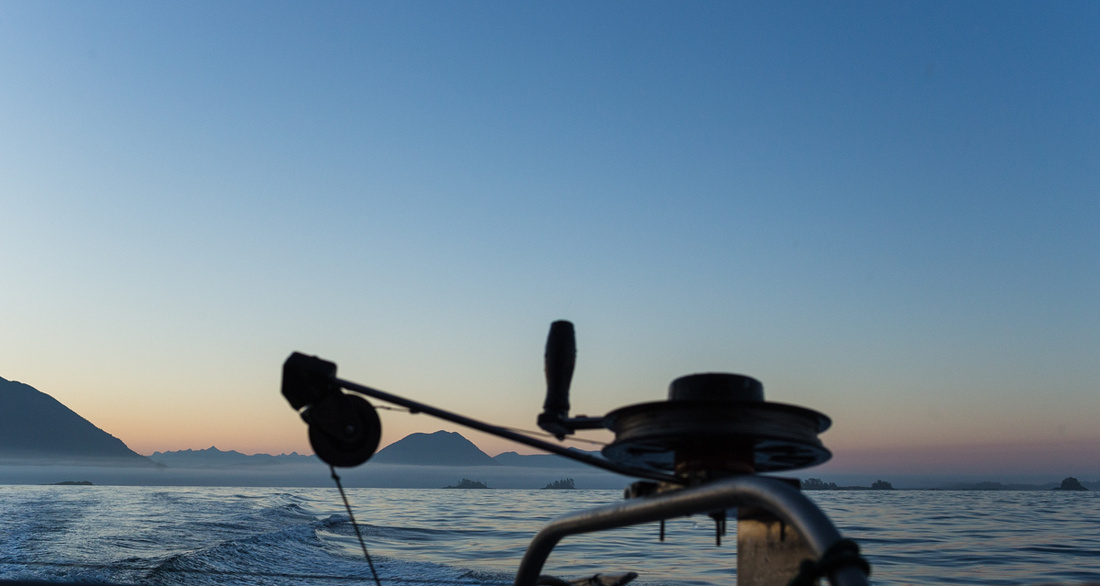 I remember I moved to Campbell River to be closer to my sister some years ago.

It was such a culture shock,

I was so used to saying hello to everyone and knowing everyone & everyone knowing me.

Every damn day I went out to look for work there with zero luck.

Talk about humbling. I'd never ever been that broke in my life ever.

After months of unsuccessful job searching.

I decided to apply for this research job though UVIC that was offered closer to my home, Ahousat.

I remember I got the job and wasn't sure how I felt about it.  After all I had just moved my son and I across island.

So I talk it over with my uncle and he said, "Well what the hell you doing applying for a job you don't want?"

SHEEEESH So I took it!

It was a research job where we had to be out on the water from dusk to dawn. 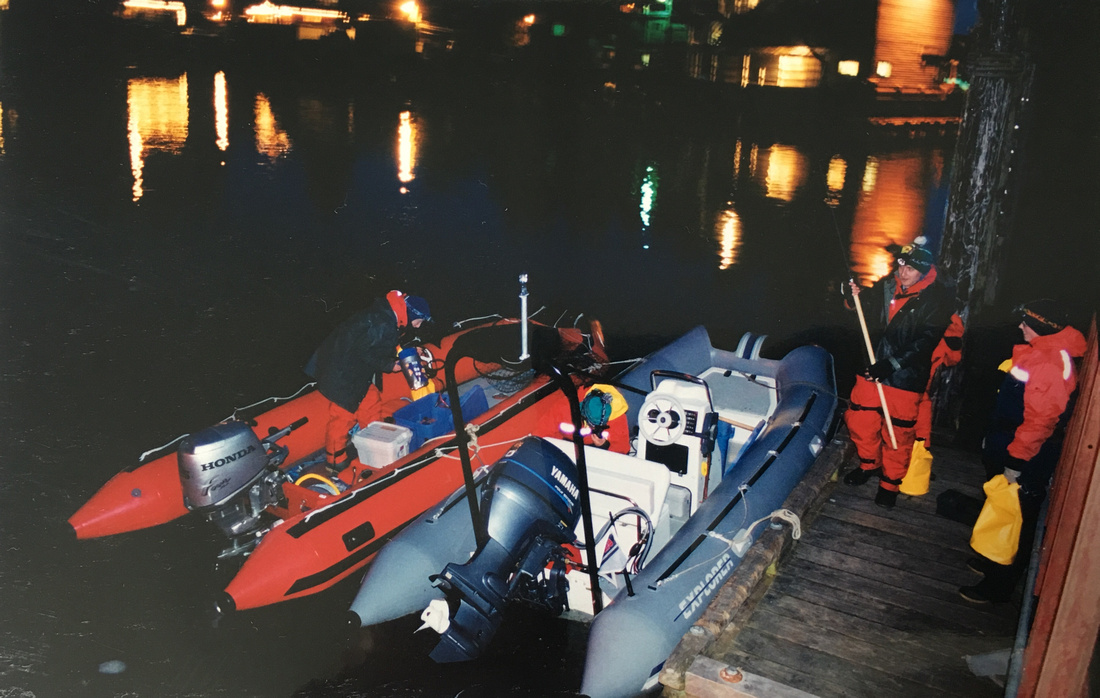 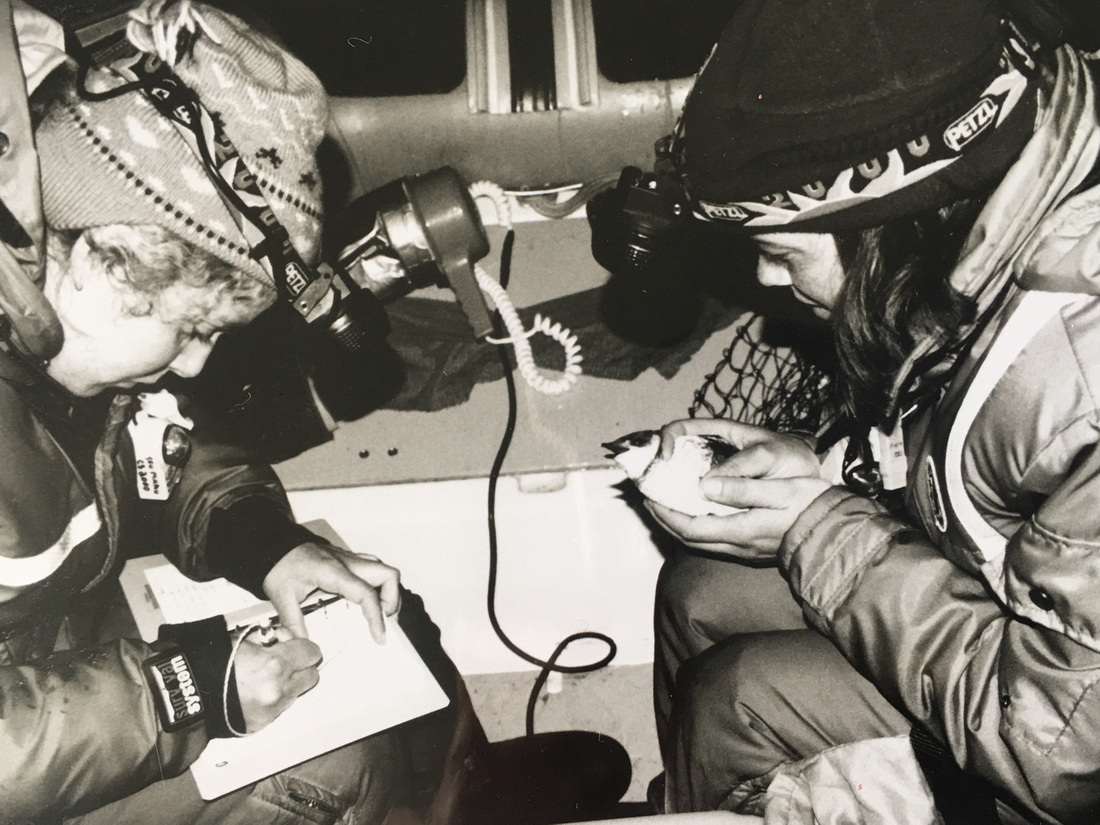 AND I had to drive the boat!

Being on the water, floating so freely under the moon light with

Whales exhaling so close to you that their breathe misted your face.

Watching night turn to day as the rest of the world slept.

Quickly became my fav time to be awake.

It ended up being one of the best jobs I've ever had! 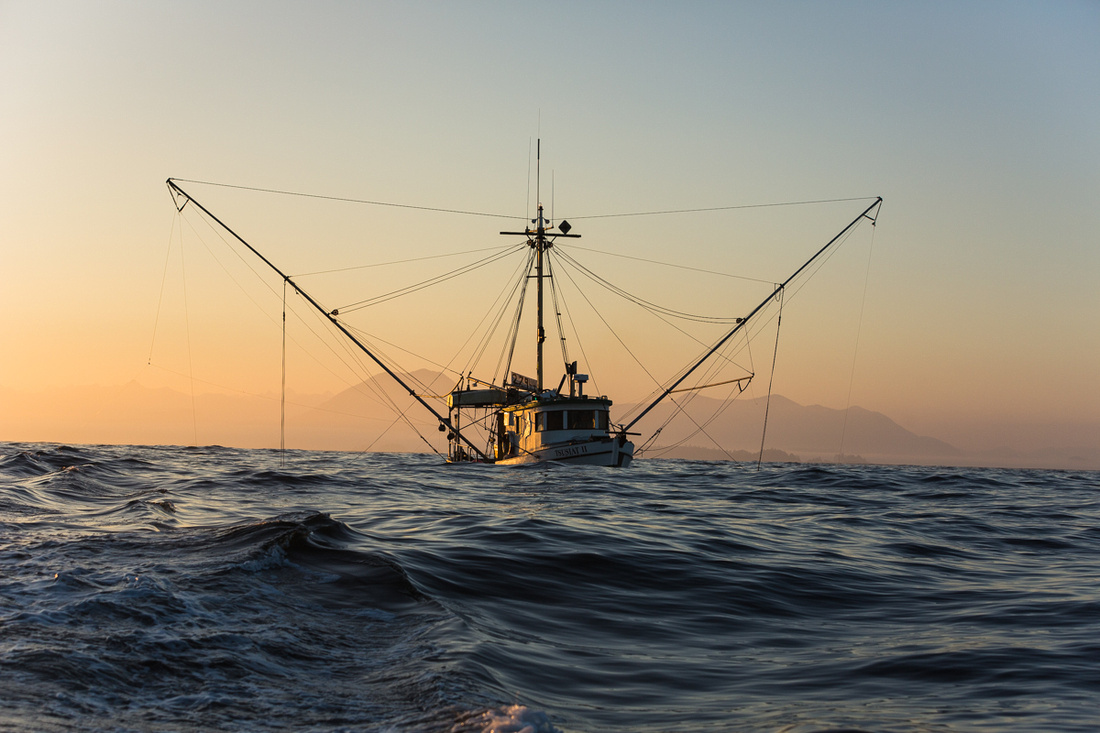 so this ocean call.

maybe started out as a call home. 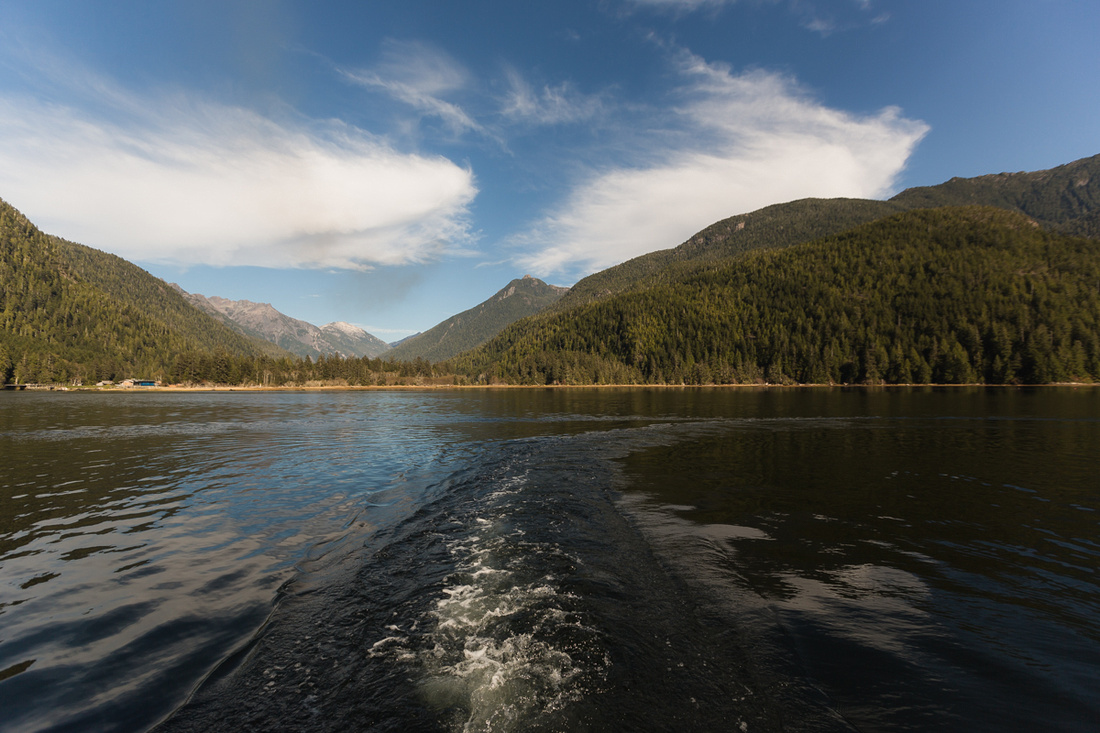 because I missed my home so much.

I was raised in my community where

I was so used of my food coming straight from the ocean to our table.

After spending more than half my life here in Yuuthluithaht

I still miss home and community so I thought

I'm just gonna go find my own fish & find a way to get my own food. 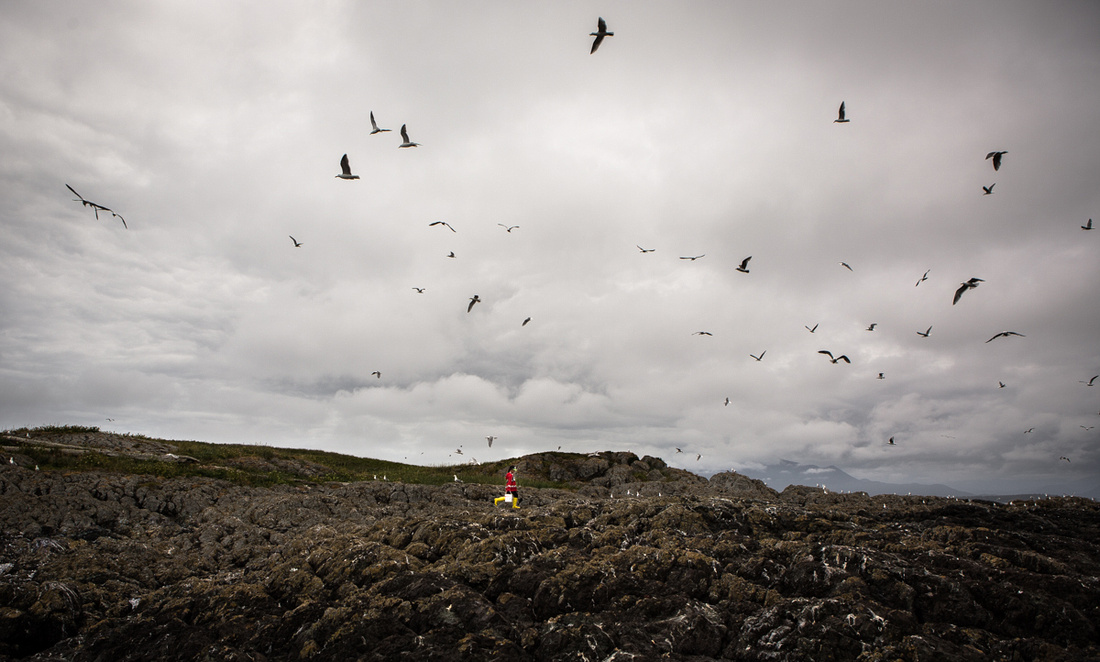 Thankfully I made a couple of friends, who the poor things

have had their share of putting up with me and my never ending harvest requests over the years.

I remember my very first time some years ago

Feeling all vulnerable & insecure but on a fresh fish mission,

(Giggles, so having her with me made me look rich and independent.)

That first fish find lead to years of friendship with West Coast Fish. 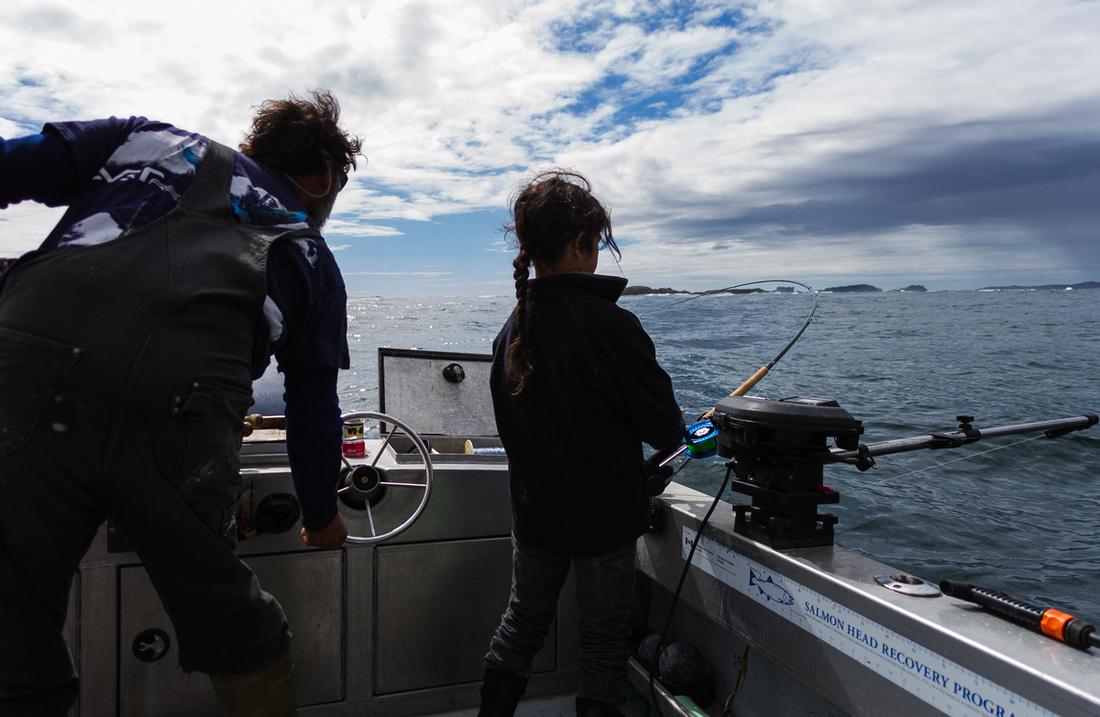 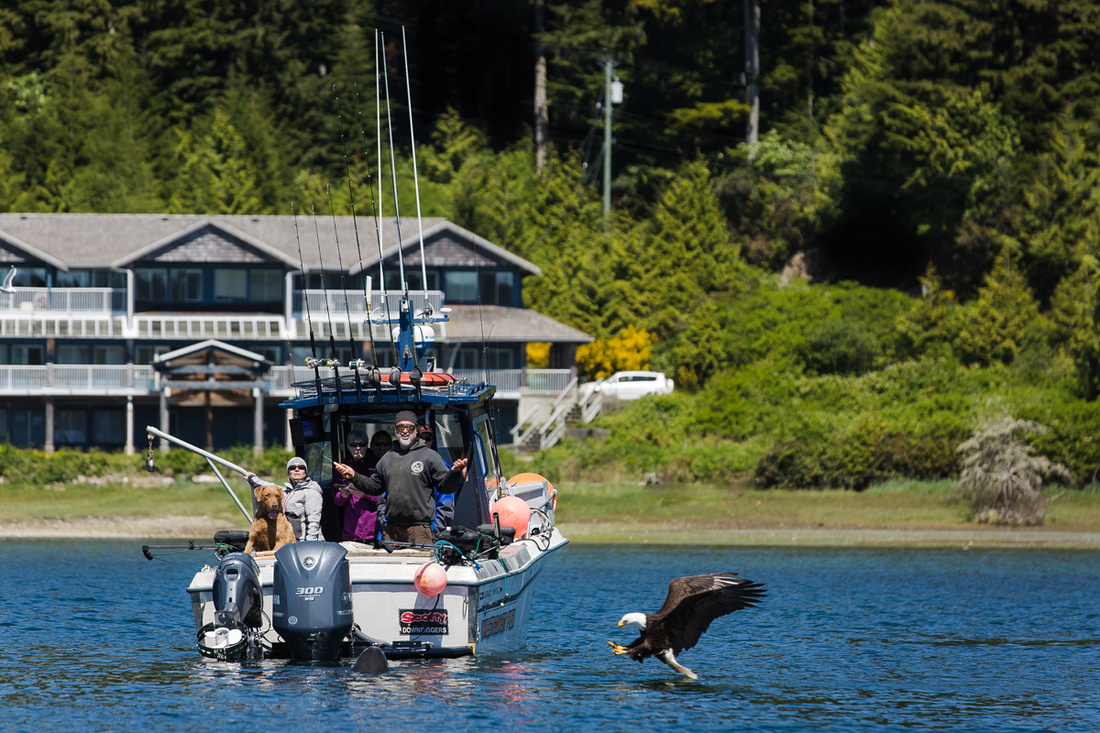 & has always been there and available when I've had such rad opportunities  that included taking elders & youth out fishing! 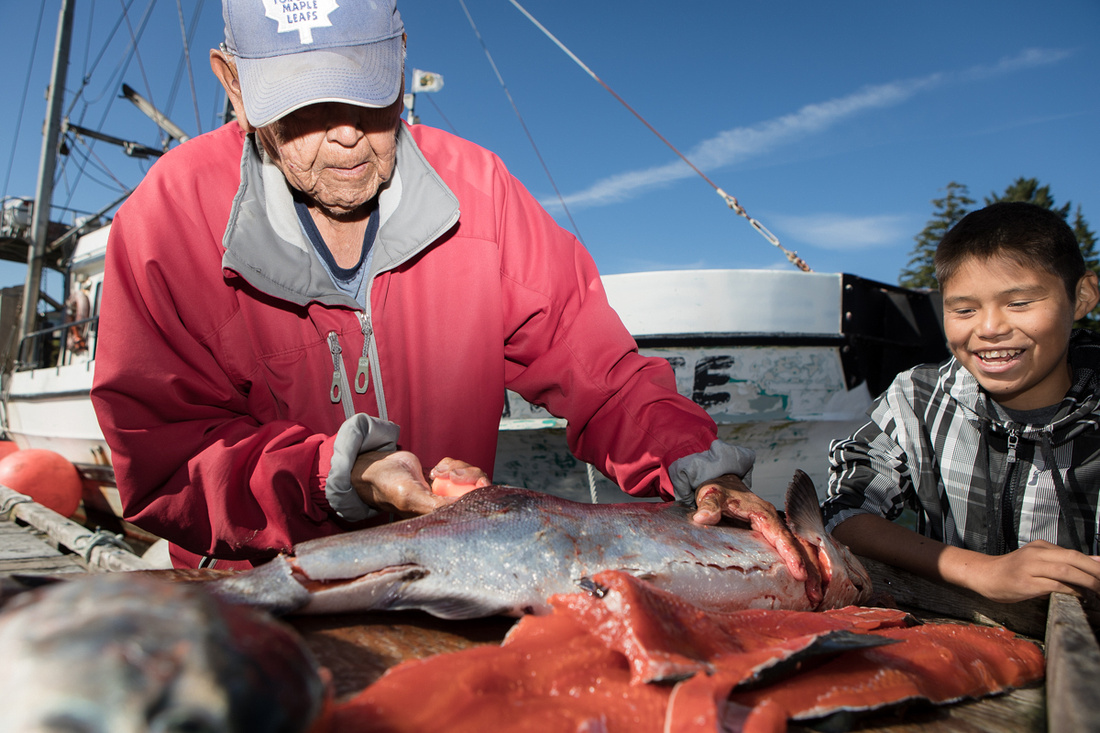 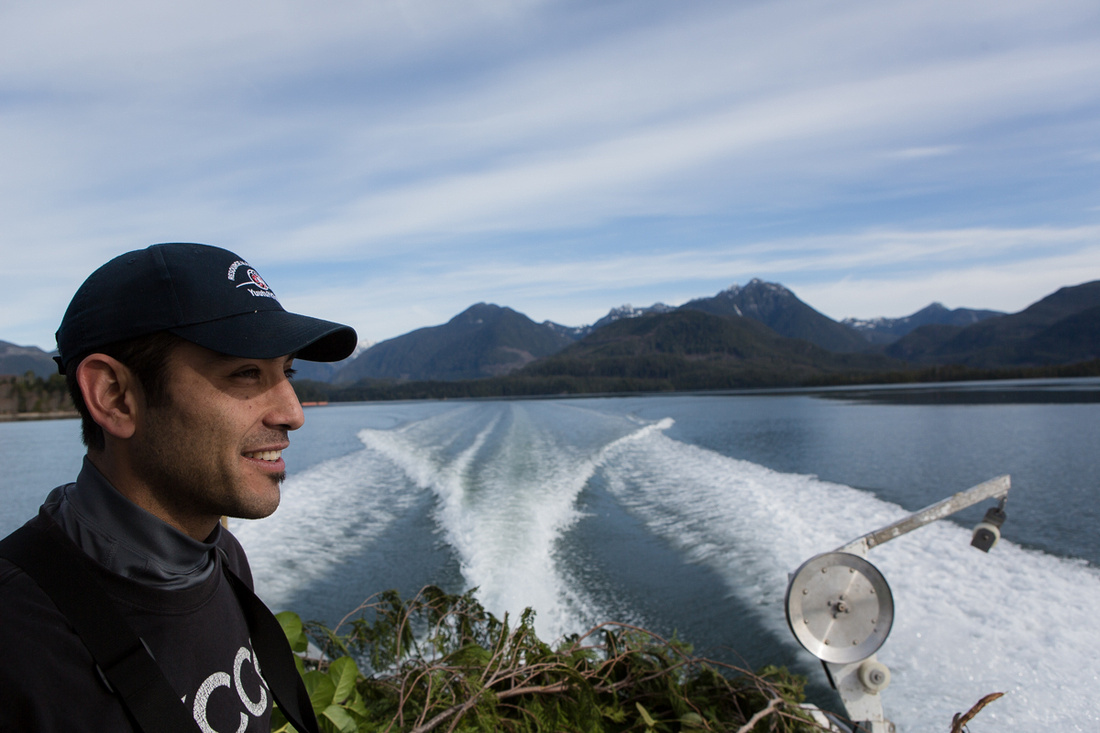 Probably the only guy who thinks he can boss me around.

Always calls last minute, inviting me out for harvests

telling me I have 10 minutes to

meet him somewhere that usually takes half hour to get to!

He's taken Evan & I out many times for 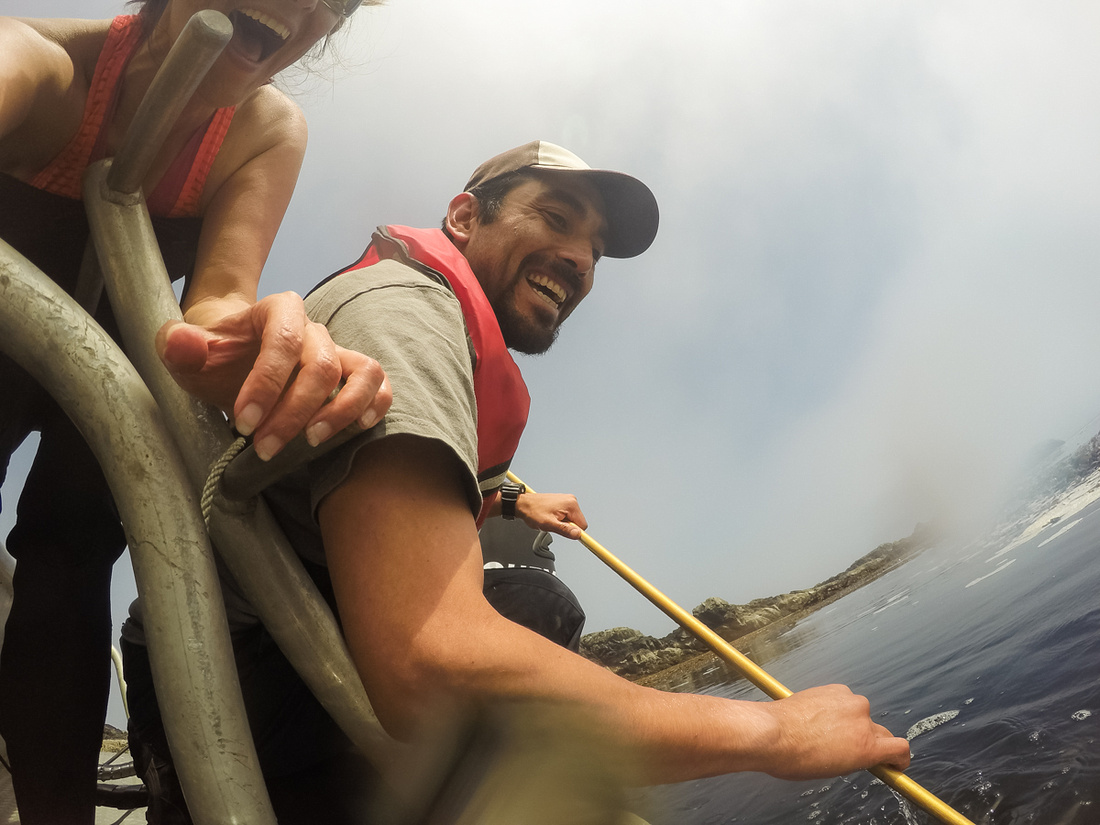 The stand up paddle board

I was so mad paddling out thinking

I don't ever want to need or have to beg anyone to take me out ever again! 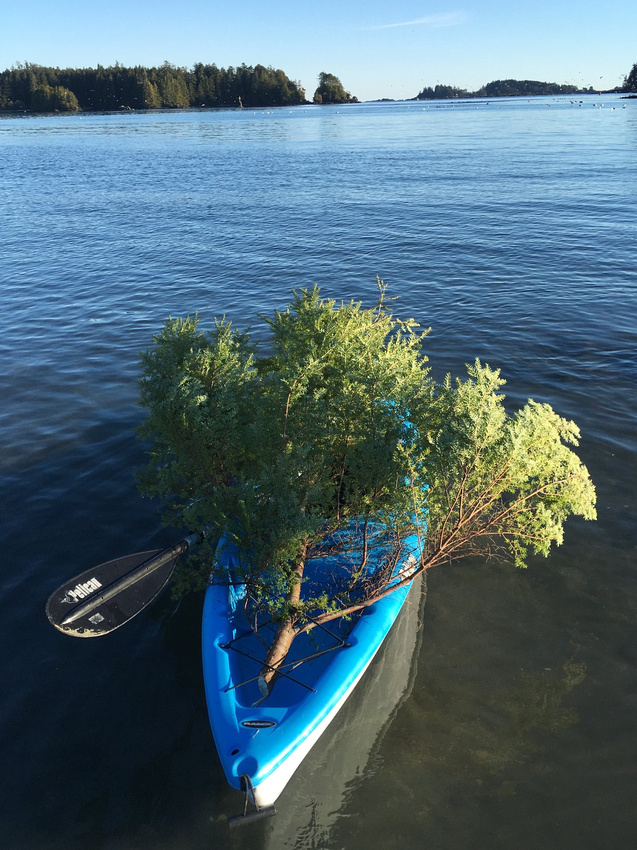 Might sound strange and random but I had thought about my late father's during that temper tantrum.

I thought about my father in law who for years lived on the ocean as a guardian.

I'd spend more time with him more than both my father's combined.

IF he were here, he'd have taken me out.

He'd have mumbled and grumbled about it

but he'd have taken me. 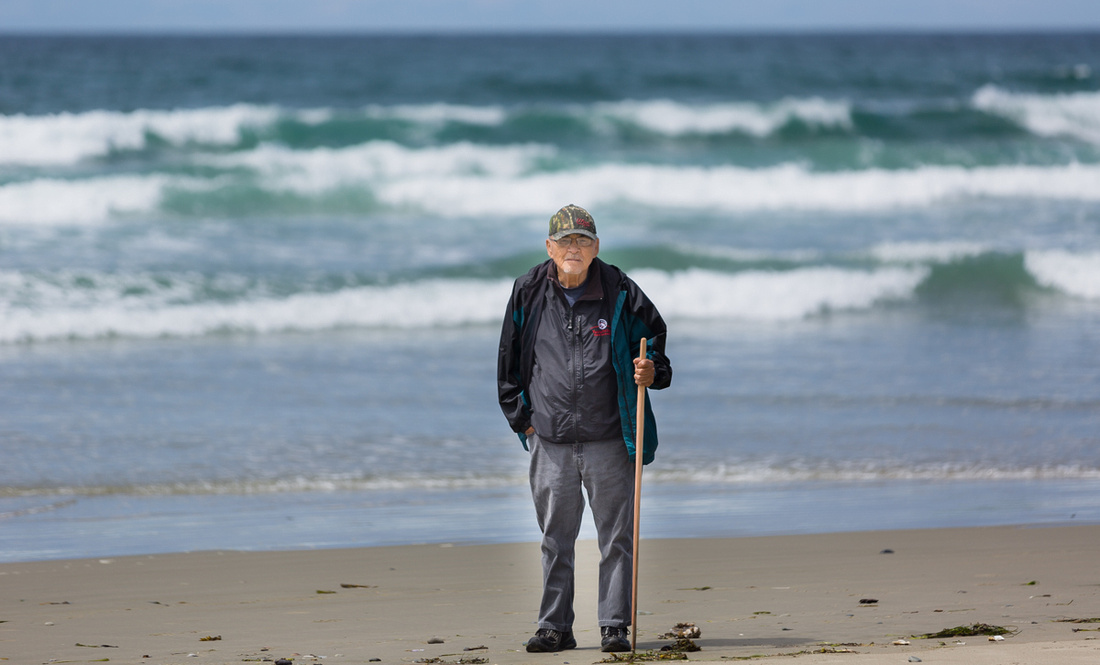 But I mostly thought about my father.

He was never there for me growing up.

He broke every single promise he ever made to me as a child.

he was far from perfect and most definitely left some pain and trauma in his trail.

but he was still my dad

Though he wasn't capable of being there for me.

as an adult I choose to be there for the child in him. 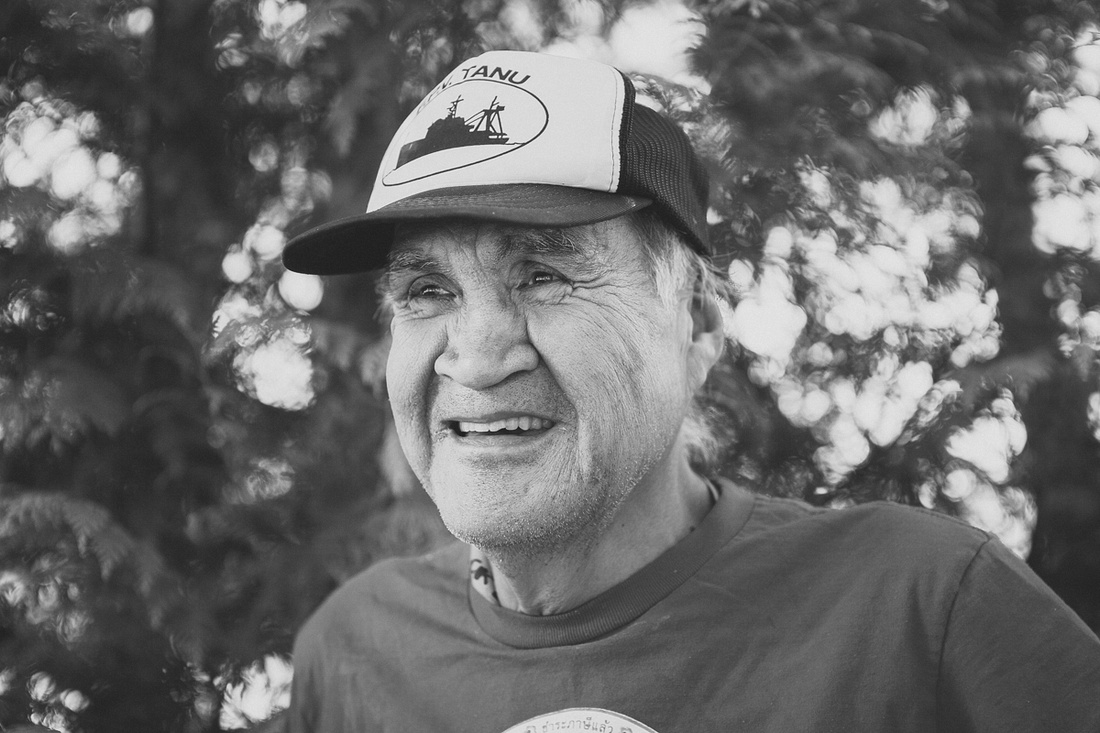 He'd call me everyday and talk about his old fishing days or tell me stories of my late mother.

I'd listen. I'd really listen.

Because I knew he wasn't well.

I knew he didn't look after himself.

I knew one day I'd miss those calls and those special conversations.

& nothing like anniversaries to remind you of your father's.

September 12th was the day my dad was born.

September 12th was the day my father in law journeyed home. where I was throwing temper tantrums

while wanting to answer the calls to the ocean. 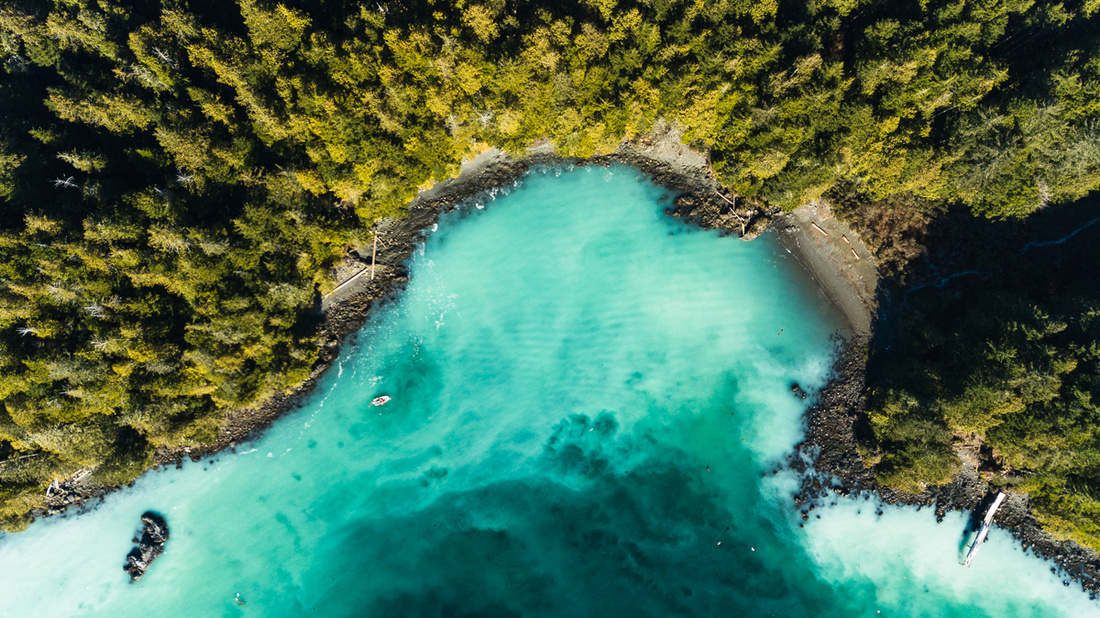 particularly had me thinking of a promise I made to both those father's.

I'm going to have my own boat I told them for years.

they would chuckle at me.

So I'm sure they're flying over me 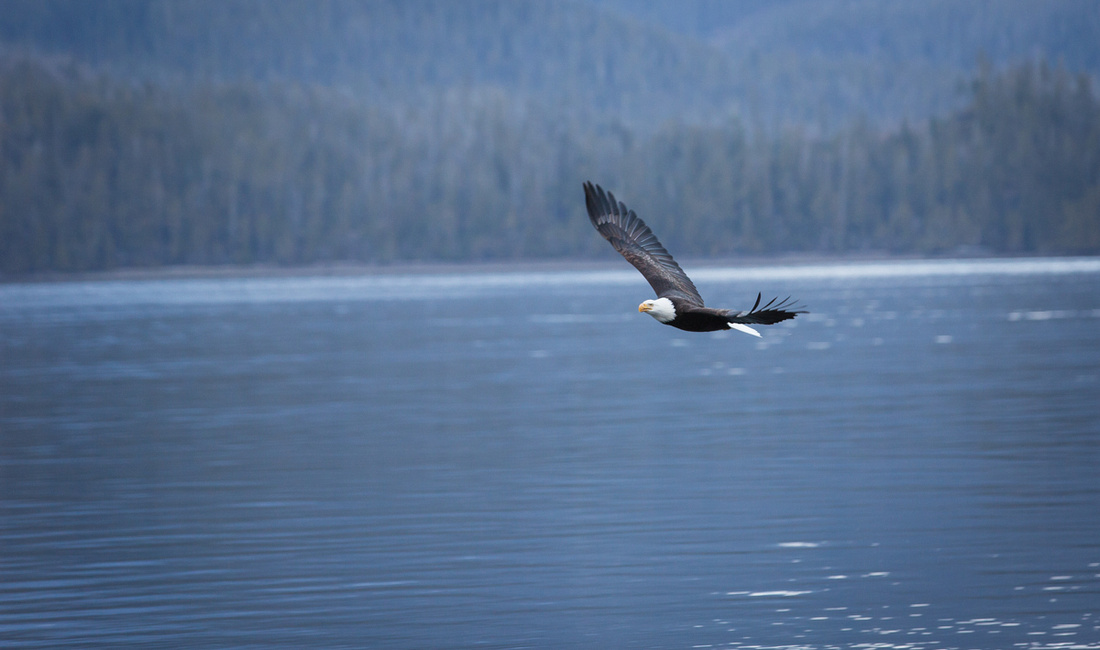 Because I finally bought my own damn boat! 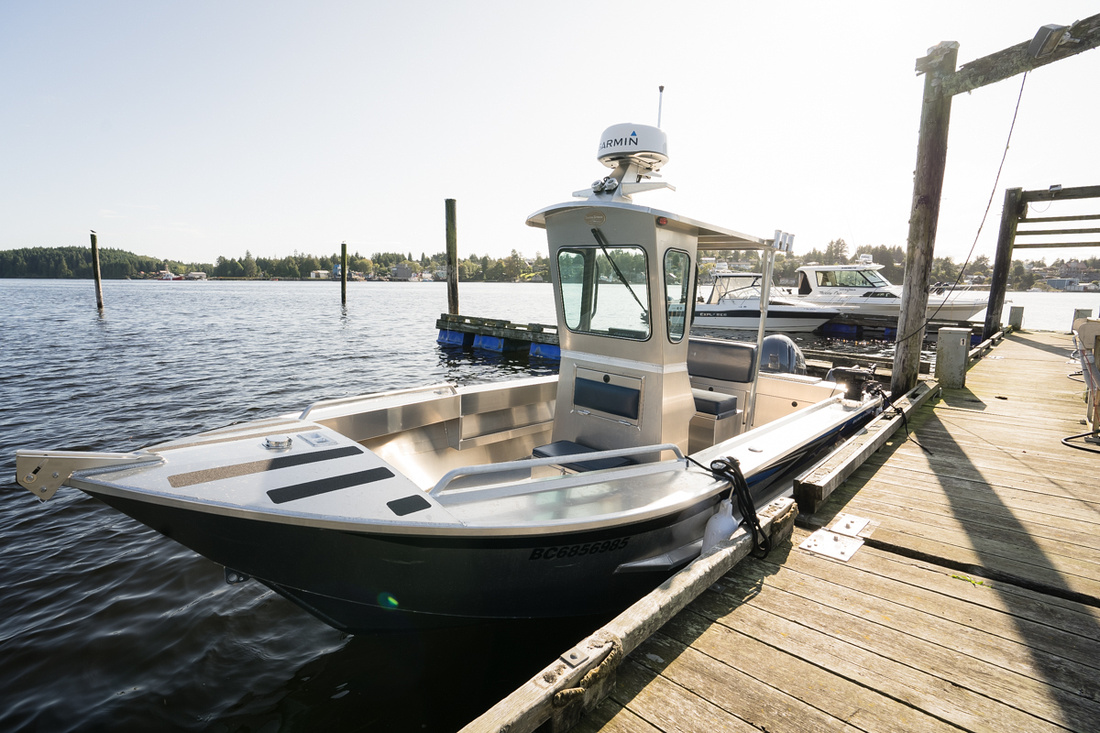 Because I'm a mother raising son's.

and or Maybe because my father only had daughters?

or maybe because  I'm a mother whose father's & grandfather's were & are fishermen.

No wait, that's a whole other blog about roles and discussions I've had with elders on women harvesting.

But boat mostly because I'd like my son to be

to know how to fish

to not only know his traditional territories

but to know their traditional names & histories too. 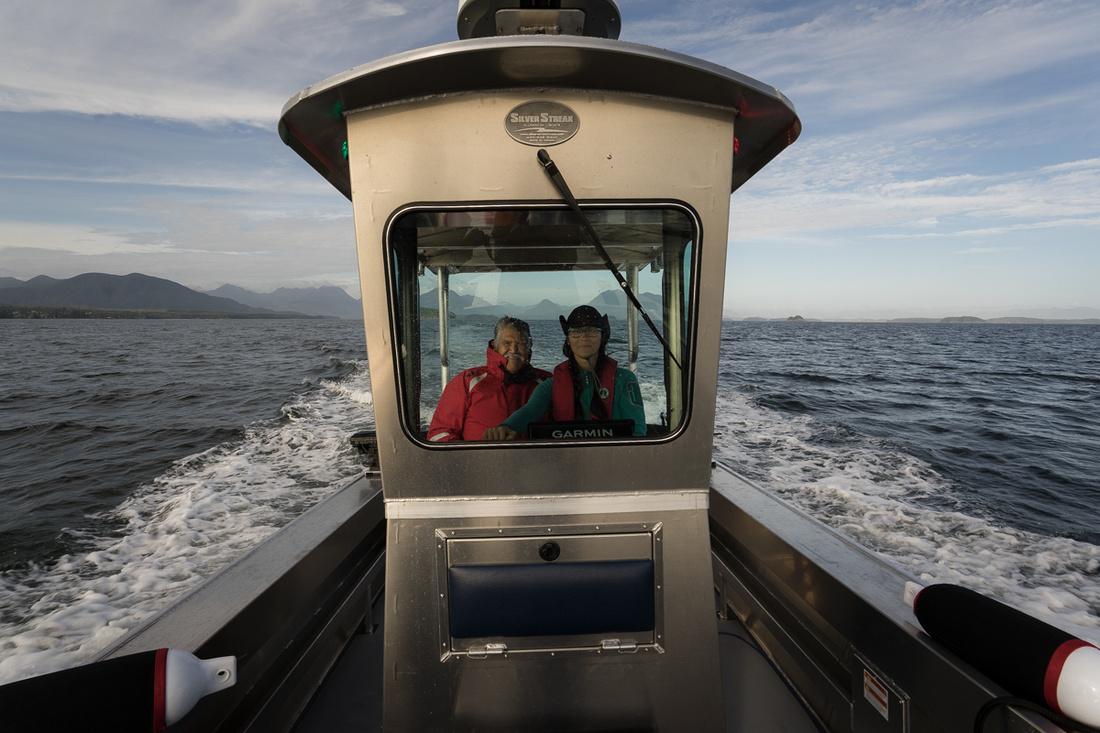 So thank you to my father

who somehow managed to keep his last promise to me.

which was to help me get a boat.

So it's a few years late but it's here now dad.

It's still nameless but I'm definitely drawn to

I"m be all all over the VHF

in my strongest Mexican accent 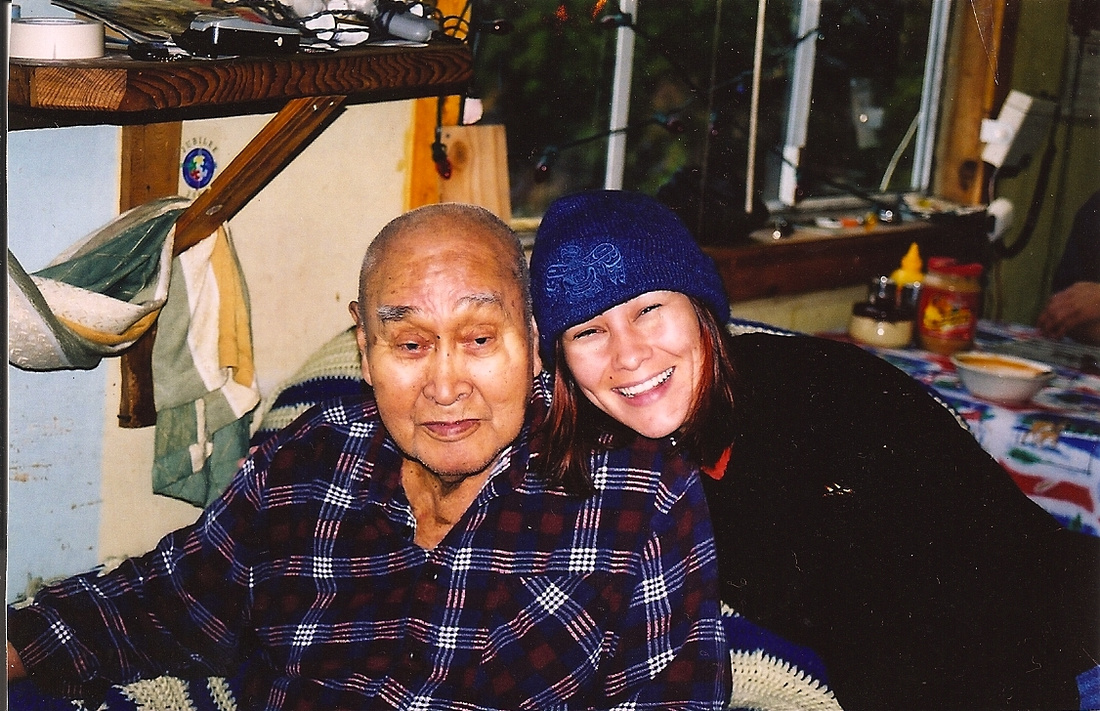 The ocean called and I finally answered.

because to me, if I'm not scared

then I'm too comfortable

& if I'm comfortable too long

I know it's time to go and grow.

for watching me grow.

for watching me want to be parts of you.

Genny John(non-registered)
So amazing to hear some of your life story. The struggles you have overcome to make yourself stronger, to be who you are today. Be proud you have done an amazing job ❤️
Misslee(non-registered)
Beautiful Mel x
You are an inspiration
Your Boat looks Amazing and fast !
There will be SO many adventures ☺️

Muggs Dick(non-registered)
I love reading your blogs and stories attached to your pictures it’s like I can hear your voice and laughter as I am reading... I am so proud of you living and being committed to following your dreams. You deserve all the joys and happiness this beautiful world. Your boat story brought me right to that moment you were moving home and we took your dads punt to pick up Evan and your stuff from Nanaimo. Coming back at night lol oh my goodness we had some good laughs, and when I think back to that moment I remember how brave and confident you were driving at night and I had no fear in trusting you to being us home safe and sound. Thank you Mel for some of my younger years magical memories. Love you
Verena(non-registered)
ƛuuł
Great! Congratulations and I love your story.
No comments posted.
Loading...
Subscribe
RSS
Melody Charlie
Powered by ZENFOLIO User Agreement
Cancel
Continue