The year ended the same way it usually starts.

With the floor cleared

and the momma dancing.

instead of  being what he was trying not to be

Mom, you should go out for once.

Really? Can you imagine your mother going all out?

It might be kind of fun and funny, he thought.

As he visioned his mother coming home all nuckchoo,

telling him how much I love him over and over.

Thankfully something he's never seen but has definitely heard the loves.

were extremely dark and heavy. 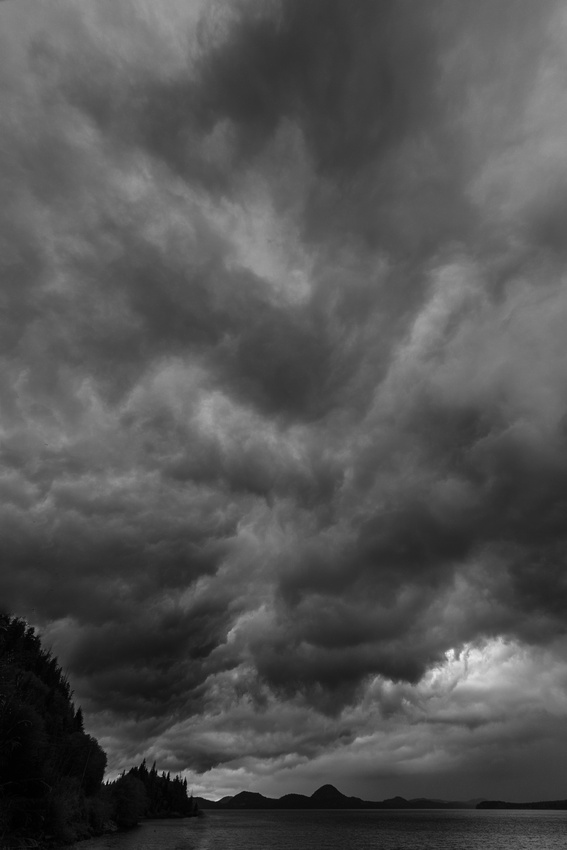 Earlier this year I had shared this over on my Instagram.

I just finished four years in government (legislation) with my nation & that was a whole lot of energy & ego that was extremely heavy to hold. Never in my life have I felt as depressed, hopeless & isolated as I have lately. To feel so much rage, to hold all that anger & to witness so much loss & pain was excruciating.

Four years ago, I put my name forward. I never ‘ran’, campaigned or promised anything other than hoping to inspire others to live healthier lives & breathing life into our language. Not knowing it would cost feeling a part of my community, giving up my safe spaces in language & growing apart from family & friends. I really thought I could do it, I could not have to choose sides, I could be on everyone’s side, I could hear everyone out. But the fighters want you to fight, they want you to get mad, they want you to choose sides & to participate in the sickness (lateral violence).

I”m no fighter and the fighters want you to fight.

The only battle I want to fight is to support those fighting their addictions, with those fighting wars within themselves & trying not to be better than anyone other than who they were yesterday.  So my fights have been reserved for those reclaiming lost lands & fighting to keep their languages alive. So am I sorry? Of course, I am. I am no fighter. I am no politician. Anyone who really knows me, knows the only laws I believe in are spiritual laws, the law of attraction & natural laws.

Regardless of it all, I’m grateful to have witnessed the growth in language learners, the revival of traditional ceremonies, the grooming of the next harvesters (young men), roofs over the heads of those were houseless &

those who fought for their sobriety.

Some things can’t been seen, they can only be felt & those are some feels I felt.

So if you've noticed me slowly disappearing from here, it's been heavy AF. At this point, the thought of leaving this country & getting a job at a gas station sounds both exciting & inviting! But never again will I EVER wear political hats.

Especially since I'm mostly all about #fuckthesystem. So if you need me,

I'll be over here smudging for days until I'm me again. 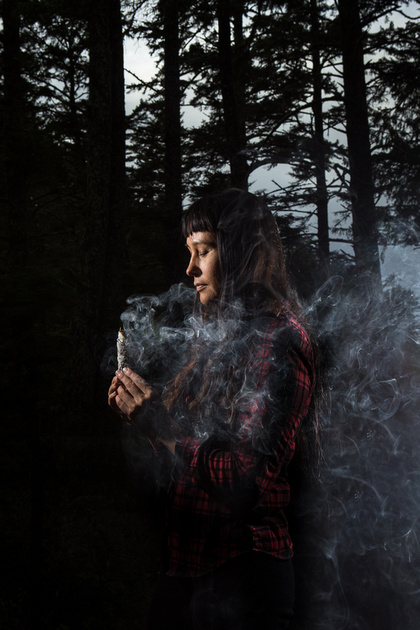 Sighs, though I shared that in March of this year, it still stings & I still find myself avoiding community gatherings.

Though it was one of the hardest things I've ever had to do & as much as I want to say I regret it, I don't.

But I also know that you or I, don't need to sign into that system to create change.

You don't need to be a chief or an elected member to create change.

We've always had our own systems. Our own laws.

and until we return, revive, recreate, or enhance what was and is ours

I think we'll always be at war with our SELVES. 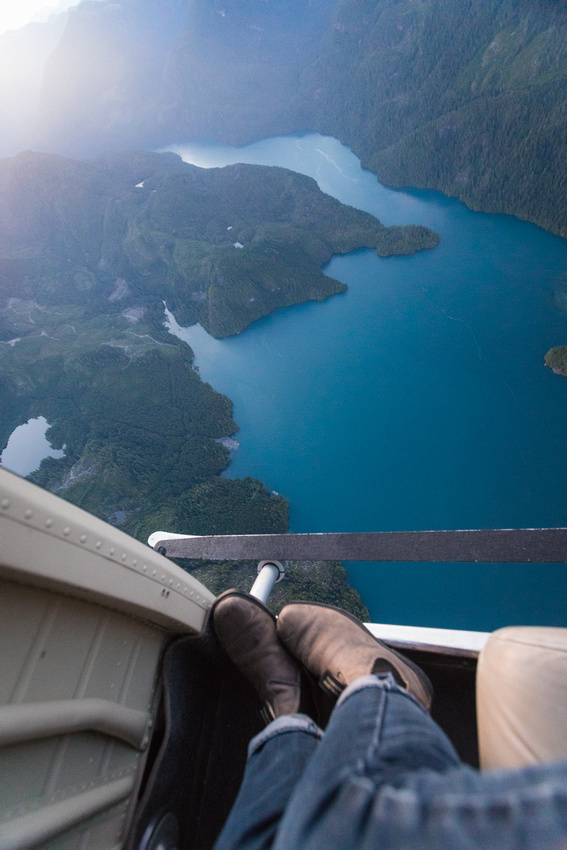 I've already been at war with myself and have zero desire to be a war with anyone else.

I'd been wondering if I belonged here anymore,

after all, I am an import.

Had I qualified for a mortgage away from here, I'd have been long gone.

But there's a believer in me,

regardless of how dark my thoughts may get

I tend to trust everything has happened and is happening just as it is meant to.

And I was meant to stay,

as if I could leave and go live in a concrete world.

I kind of need the ocean, the trees, the salmon, elders & culture. 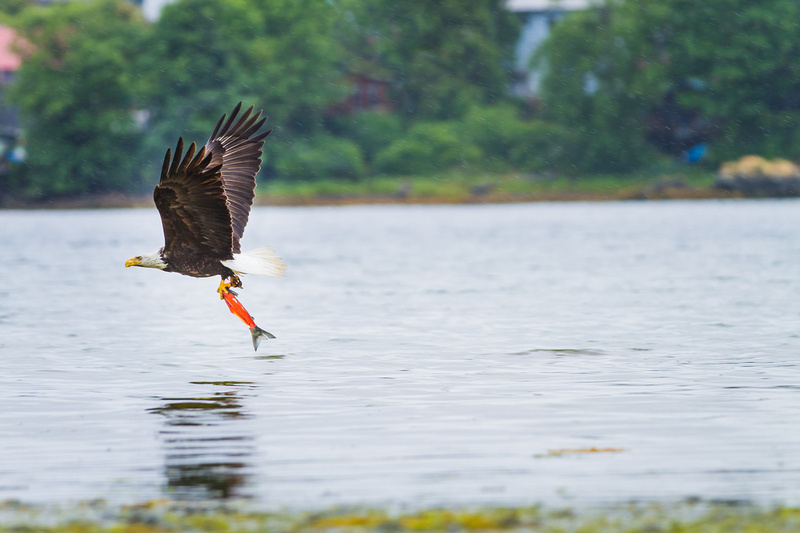 I also need and needed some medicating & talk about perfect timing,

I work quite a bit with first nations health authority

and they called & asked me to photograph their mental health conference.

as if they knew I needed some mental health care myself.

ok anytime I photograph for them, it's always some much-needed reassurance that

I am not bat shit crazy, or alone in this work or these thoughts.

there were so many speakers there that were all about those wars we have with ourselves mentally.

& those wars with that we have with 'those' systems.

& fighting for your language

now those are my kind of wars!

Get me to a mental health conference to reaffirm I am not mental or losing my marbles.

Every single speaker and workshop was a reminder that I in fact still do have some of my marbles.

so when one of the presenters was reading from White Fragility,

a book I'd been following online for some time

I was happily surprised & slightly excited!

let's dive deep into the depths!! 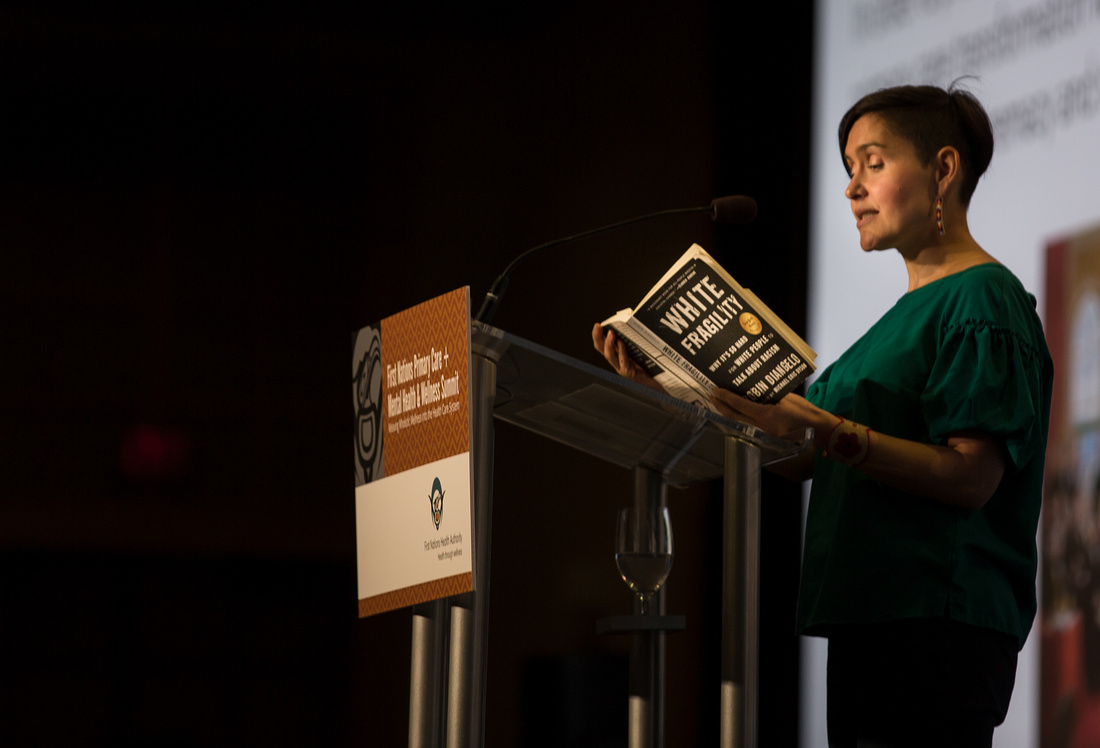 at one of the FNHA Island Caucuses, they'd brought in James Makokis

He wasn't just another speaker, I wondered what was so special about him

What was this big hype & why was everyone so excited and eager to have their photo taken with him?

He was on a television show called Amazing Race,

I haven't had cable t.v. in years so that explained why I was so clueless.

That didn't quite excite me but when I heard his presentation,

I can't remember what it was called but something like

now that excited me! 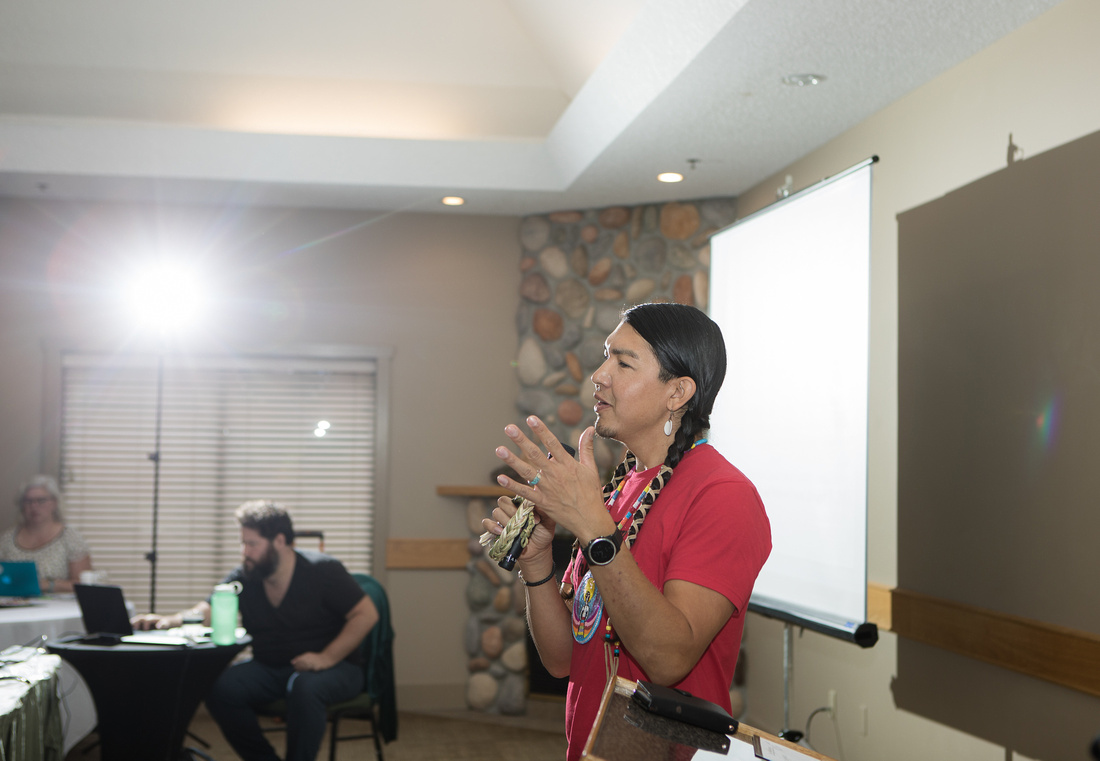 he spoke about the consequences of not sharing or passing on

and our traditional teachings.

He shared about how certain families want to hold, hoard or deny sharing these.

He also spoke about why and what price we'll all be paying if these don't get passed down.

Meanwhile, I'm there in the corner trying not to fist pump and trying to keep my

how he spoke about how food is medicine &

how we had and have our own medicines and our own doctors. 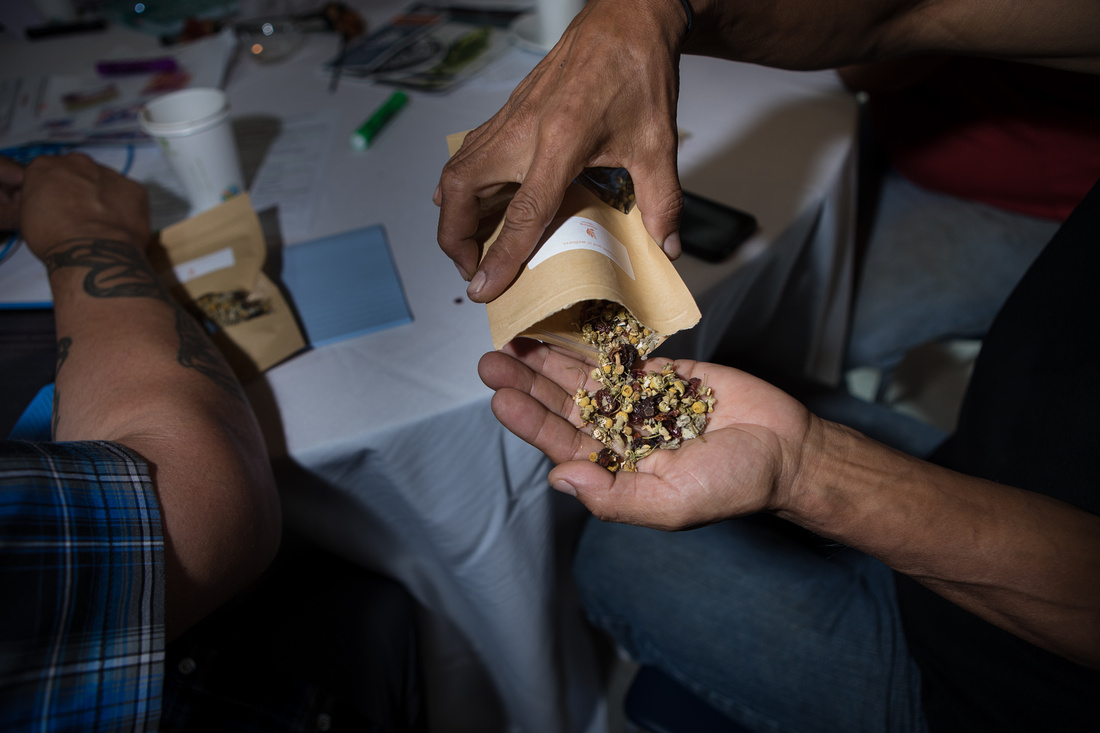 FNHA invited me to capture their event &

Sometimes I have moments where I can't believe the spaces I end up in.

Sitting in circle with respected elders and traditional healers for a pipe ceremony.

I knew I wasn't in that sacred space to capture, but more to witness.

It was one of those moments where I wondered

How is it that I am here?

amongst the highest respected beings from various villages.

amongst the medicine people

Ok, who cares how I ended up there, but I was fully present and extremely grateful to be. 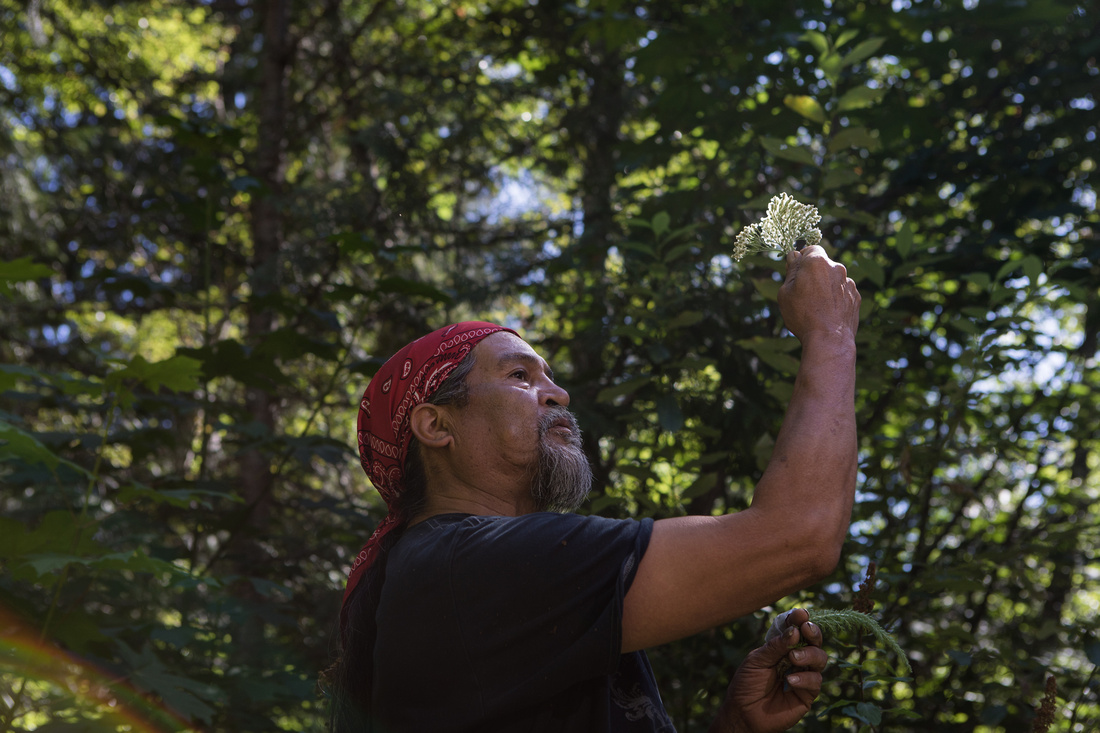 their men's group started apparently because of our young warriors group!

I stood in the back of the room, with my heart melting.

Who knew that one workshop with FNHA about 10 years ago

that my oldest son and I attended

would lead to this ripple effect of men healing?!

(Listen to me my ego) 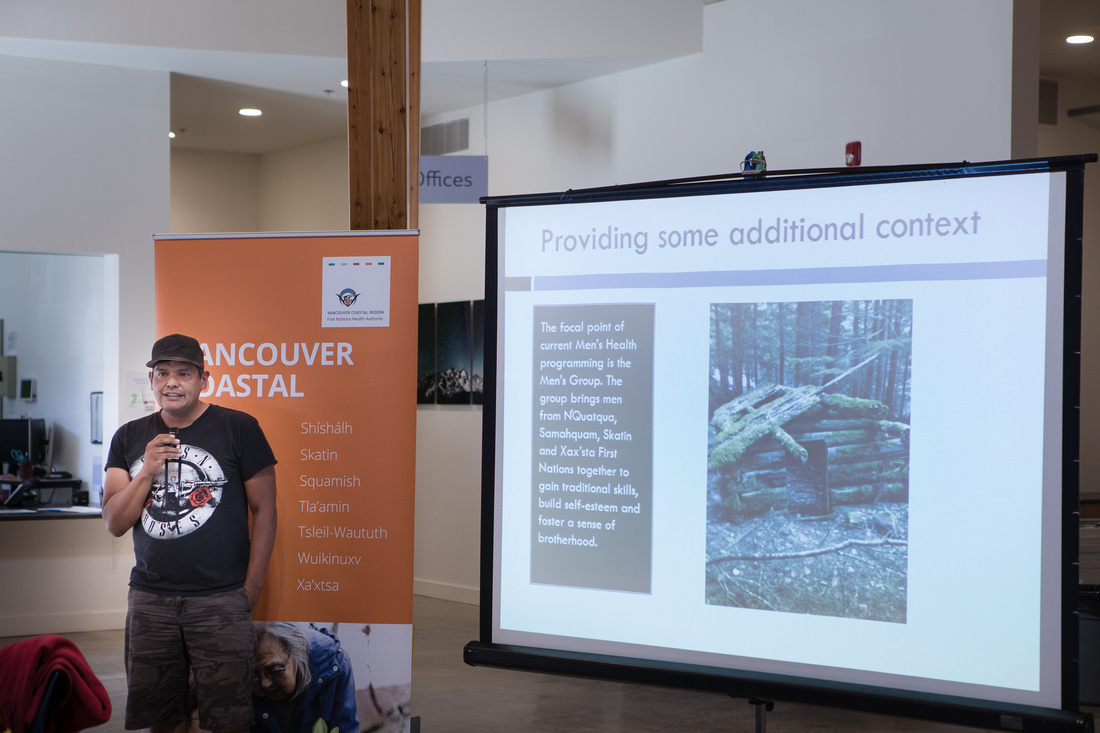 It's been so amazing to see, hear and feel our men healing.

Returning to their roles.

Returning to the land.

Returning to the rivers. 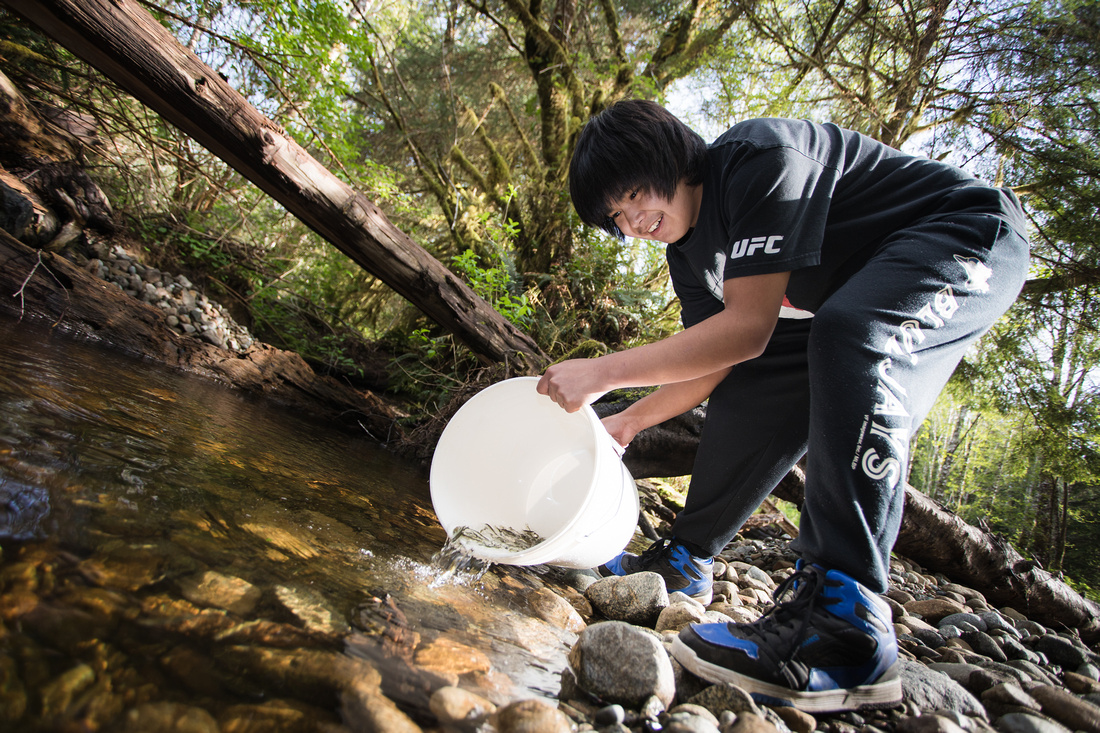 something so special about those rare males who

take time away from their own son's

to help other boys become men.

I have the deepest amount of respect for that and them!

they hold the much needed space for our boys to bond and heal. 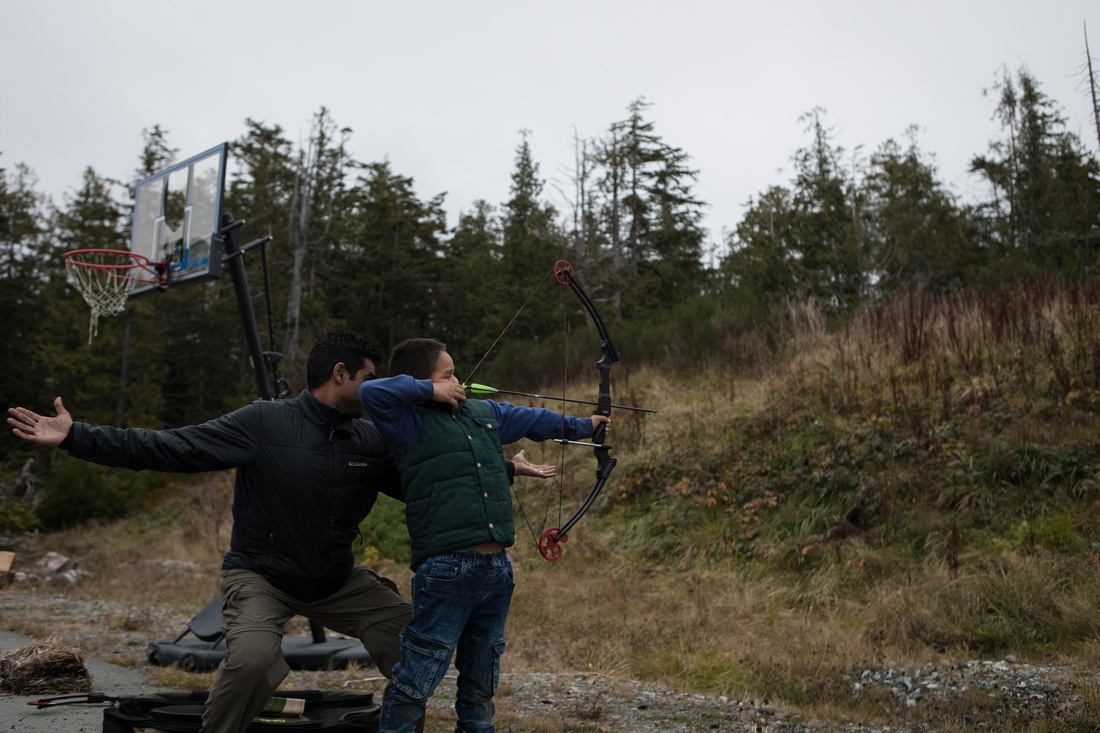 Down town east side, Vancouver.

They bring the drums

They bring the songs.

to those on the streets. 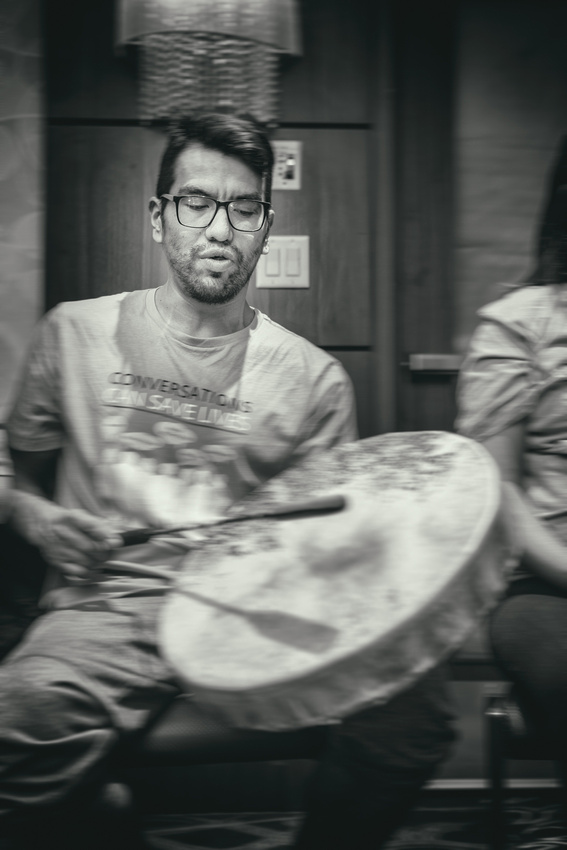 is SOOOOO MY KIND OF TEAM!!

Oh my gosh, I have so much love and respect for all these open-minded beings who be

it's Another event I photograph annually and I swear it's my fav (ok so they all my fav but this one is closest to my heart!)

& the differences that they've noticed through that work of those groups.

it's just heart warming & the most beautiful thing to see and feel.

Though some may think that harm reduction has to do with the addict,

I think it has every little thing to do with the sober one or the one trying to help. 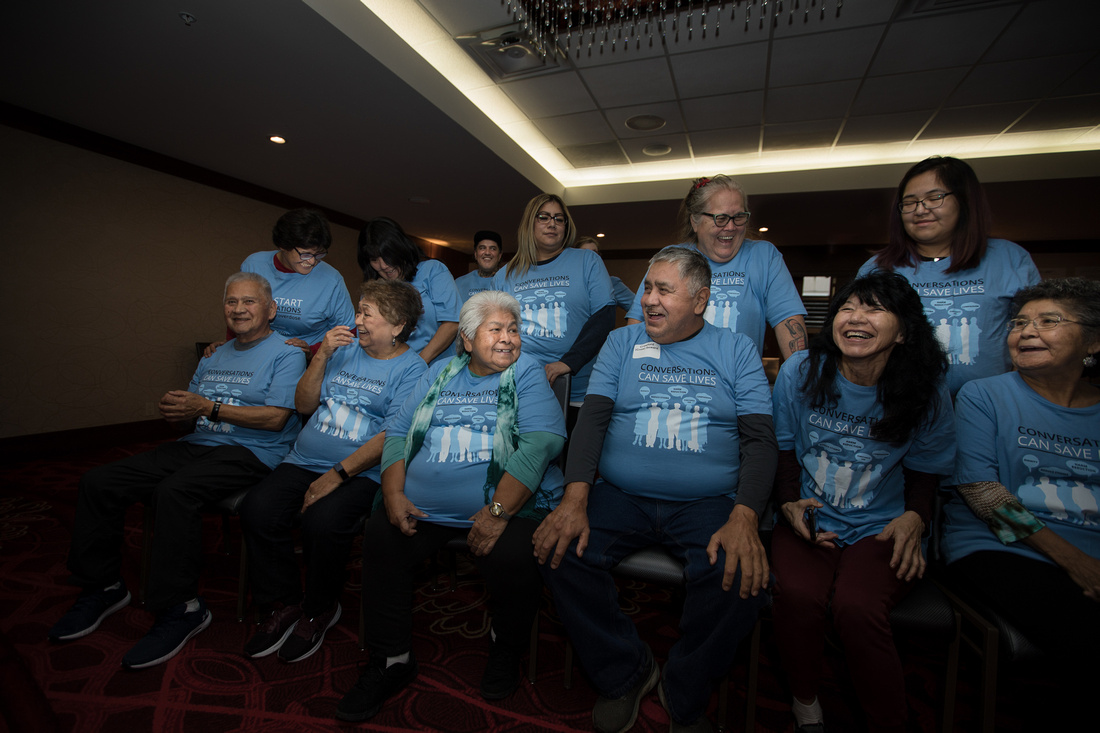 to me, harm reduction is about removing the judgement & the expectations,

it's about accepting someone

exactly as they are

I've heard so many harm reduction stories that gave me hope,

that gave me inspiration

that tore my heart wide open

left me in tears.

I think it' the most beautiful fucking thing ever,

to accept someone just as they are.

if there is any one thing that gets under my skin,

it's when I hear sober people judge those who use.

I know some sober people that

are sicker than some users.

Drug abuse, violent behaviour, hyper sexuality and self harm are often symptoms (not the cause) of much bigger issues. And it almost always stems from childhood filled with trauma, absent parents and an abusive family.

your own children could be in their shoes in 15 years. 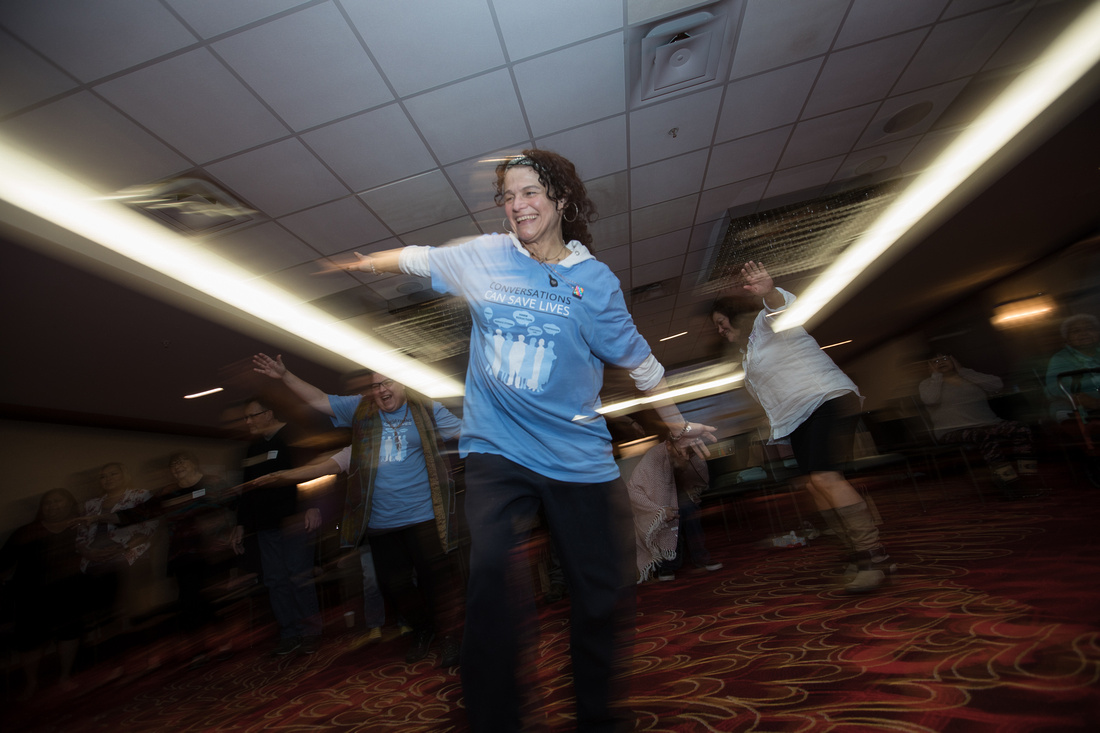 I photograph various health, healing events throughout the province and if there is one thing I've noticed. 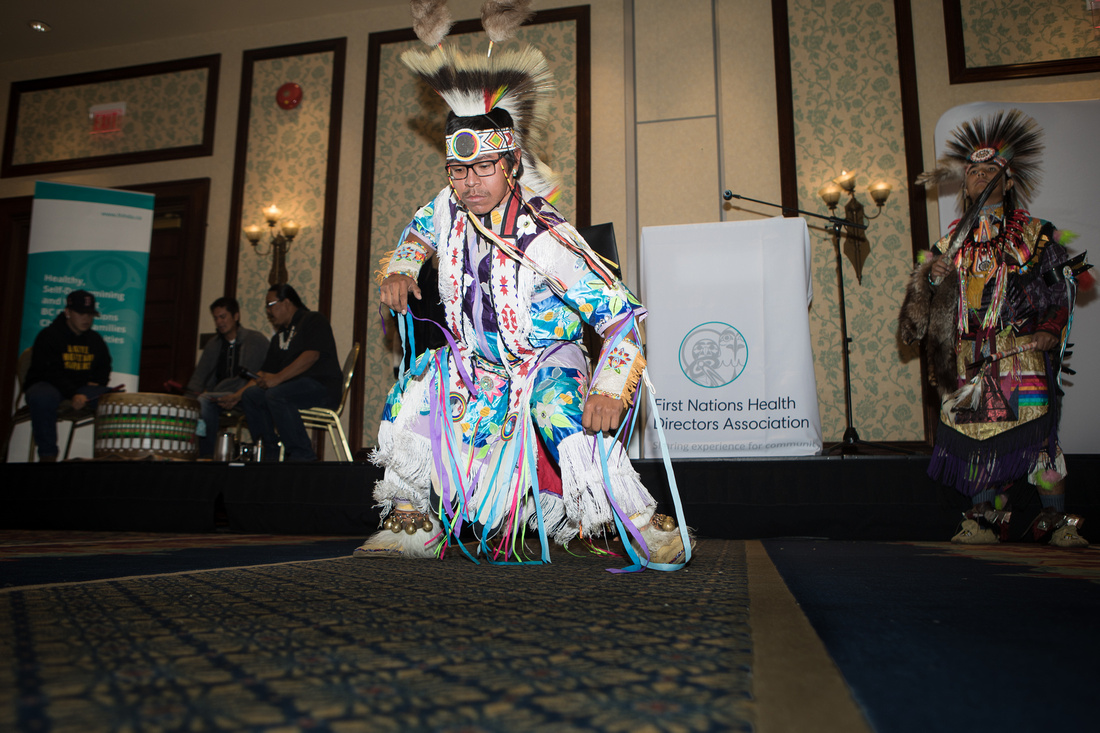 It's the women who be

creating and holding space for our people to heal. 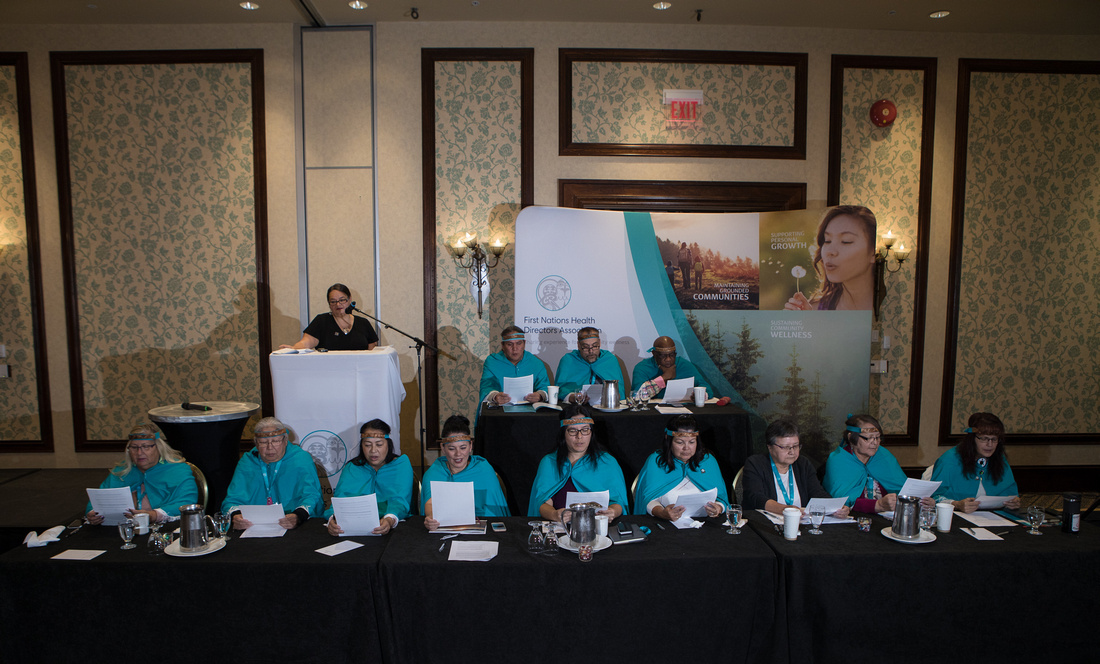 holding space for our people to return to themselves.

and get to witness, see, hear and feel all the magical work being done,

it's always a beautiful reminder that we're not alone.

as addiction is no stranger in my family

it's hard as hell sometimes to hold onto hope.

it's hard as hell to watch someone self medicate.

it's hard as hell to remember that only they can heal themselves.

when all you want to do is take their pain,

take them & save them from themselves.

All we can do is hold space.

but as my grandfather always say's.

Love will bring them back. 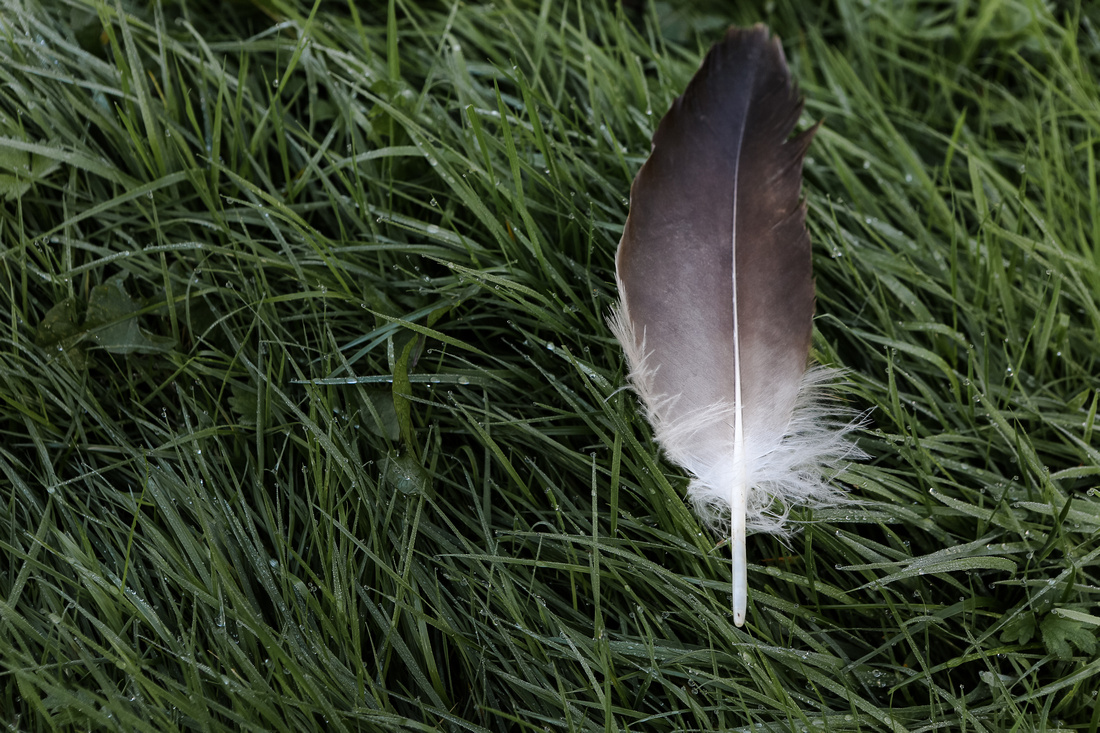 that have helped me too return to myself.

Cause as Ram Dass said, 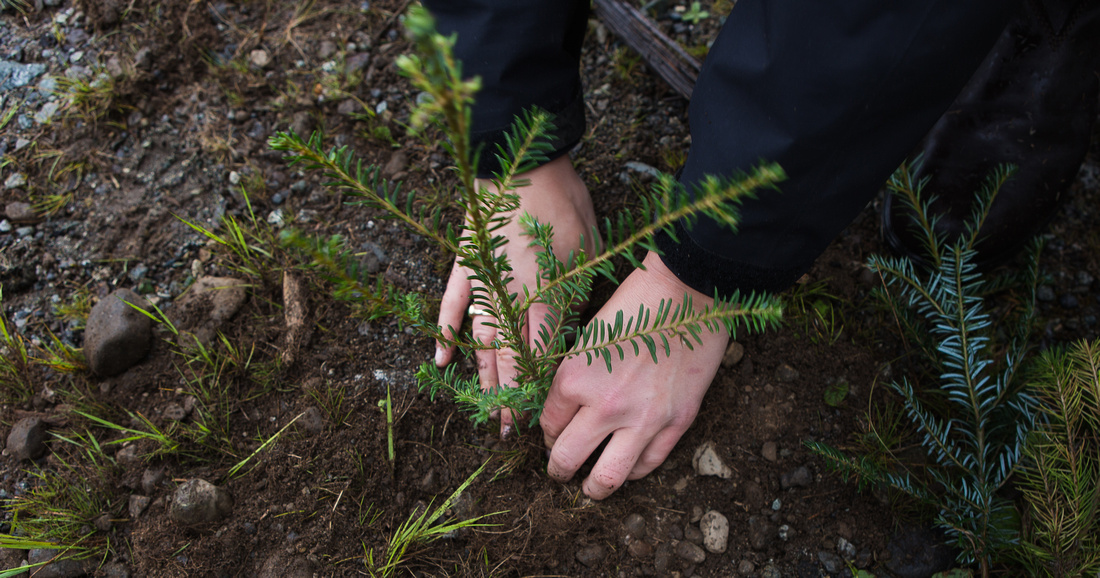 "When you go out into the woods, and you look at the trees, you see all these different trees.

And some of them are bent, you sort of understand that it didn't get enough light, and so it turned that way.

And you don't get all emotional about it. You just allow it.

The minute you get near humans, you lose all that.

And you are constantly saying "You are too this or I'm too this."

That judgement mind comes in.

And so I practice turning people into trees.

Which means appreciating them just the way they are."

& rather than bonding over whose tree's are bent.

maybe become curious about why your own tree is bending.

because we're all meant to go and grow as 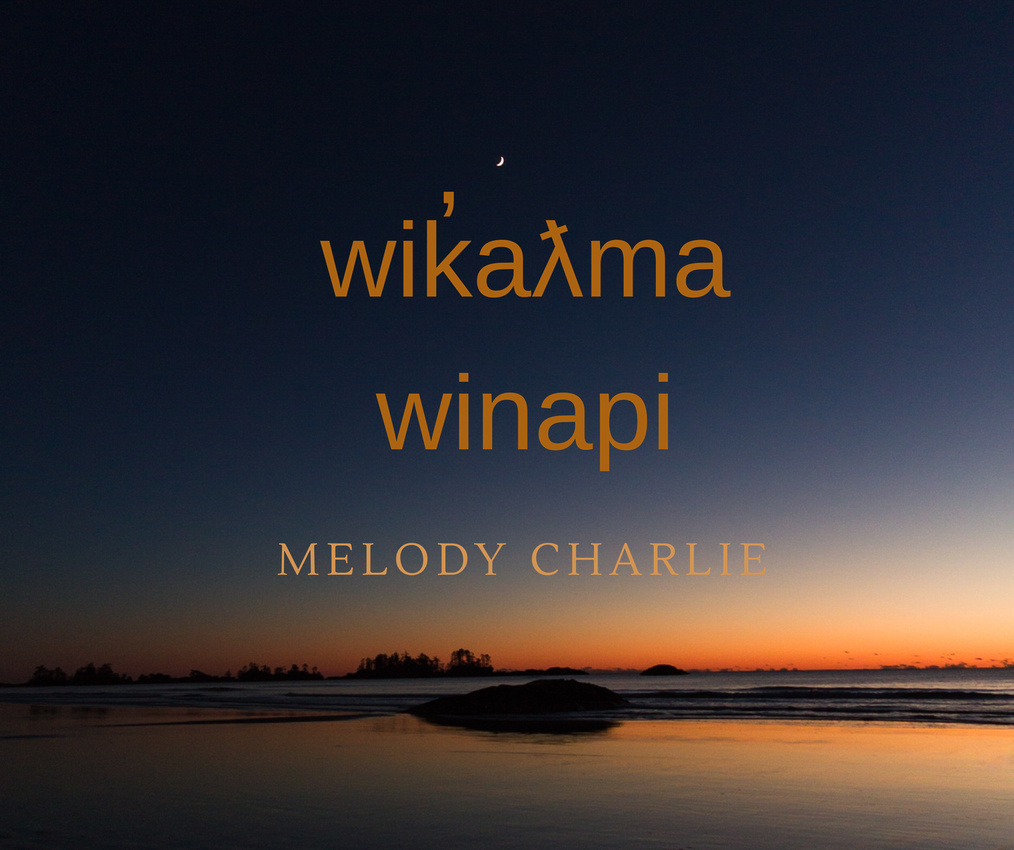 This too shall pass.

Catherine Randall(non-registered)
I found your blog while helping my son do a photography assignment.... Some outstanding photos on your blog but these words.... I absolutely love your words. I hope I always remember to look at others like they are trees. Thank you. xoxo
MArk Penney(non-registered)
Always love to see your work and I have to say I really admire and respect your candid nature..
No comments posted.
Loading...
Subscribe
RSS
Melody Charlie
Powered by ZENFOLIO User Agreement
Cancel
Continue